By mandla khoza AND Mandla Khoza 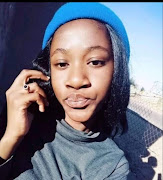 Mpumalanga police are requesting for assistance as a search for a teenage who went missing seven months ago continues to draw a blank.

The 16-year-old Thokozile Sindy Mahlangu went missing on December 24 after she went to a liquor outlet with her friends. She was last seen at the outlet in the company of a man.

“According to information received, on the said date, Thokozile was seen with her friends at one of the liquor outlets at Siyabuswa of which her friends reportedly said that she was with a man believed to be from Kwaggafontein.

"Thokozile apparently never came back home since then and an enquiry into her disappearance was registered,” said police spokesperson Brig Leonard Hlathi.

“The investigation has since revealed that Thokozile contacted her mother several times using different cellphone numbers where she indicated that she is around the area of Kwaggafontein but did not disclose the exact location. She even promised her mom that she will come back home but has still not returned,” added Hlathi.

Hlathi said anyone with information that could help police locate her is urged to contact Detective Sergeant George Msiza at 0767760956 or the Crime Stop number on 08600 1011, alternatively they can give a tip-off on the  MySAPSApp that can be downloaded to any smartphone.

“All information will be treated with the strictest confidentiality and callers may opt to remain anonymous.” added Hlathi.