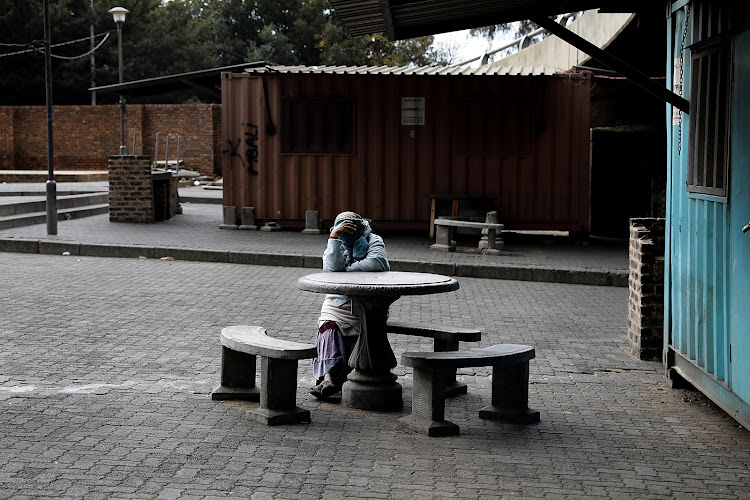 APRIL 13, 2020. The hungry and members of the homeless community, queue for food parcels near and inside of The Kwa Mai Mai market in the Johannesburg CBD, during a food distribution programme.
Image: Alon Skuy

Over 40,000 people could die from coronavirus in South Africa by the end of the year.

This is according to predictions by a team of modelling experts who projected that Covid-19 could still wreak havoc in the country by November. The Covid-19 Modelling Consortium presented data that informs how the government deals with the virus and have predicted at least 1,4 million infections by November and over 40,000 deaths.

As it stands, 18,003 cases and 339 deaths have been confirmed in the country, but the experts predict a gradual spike in numbers towards the end of the year. Lead by Dr Sheetal Silal of the Modelling and Simulation hub, the team also predicted that a large number of coronavirus patients will need to be taken into intensive care unit (ICU) across the country. They said that the need for ICU will most probably be greater than the current capacity and have recommended that the government procures more beds.

Their short-term predictions suggest that there will be 40,000 active cases, just over 2,000 hospitalised patients, about 500 in ICU and just under 500 deaths by end of June. “Peak in active cases likely between early July and early August. This will be affected by post-lockdown measures. Considerable variation in timing and scale of peaks between provinces. Variation will be greater between districts and sub-districts,” they said. “Under almost all scenarios, hospital and ICU capacity will be exceeded though timing and extent is uncertain. Requires a flexible approach to resource acquisition with initial purchase now and additional orders as more information becomes available.”

They stressed that this modelling was subject to change based on the interventions by the government. According to the experts, lockdown and social distance measures had worked in flattening the curve and delaying the peak period while the extension of the lockdown bought the country time to ramp up mass screening and testing measures.

The SA Revenue Service has confirmed that two of its employees have tested positive for Covid-19.
News
1 year ago

Over 50,000 deaths registered during lockdown unrelated to Covid-19

South Africa has had more than 50,000 deaths that are not related to Covid-19 since the lockdown was announced.
News
1 year ago
Next Article