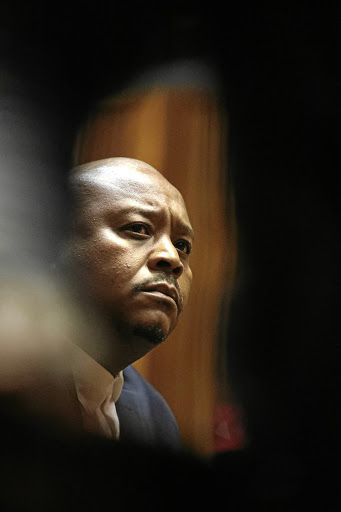 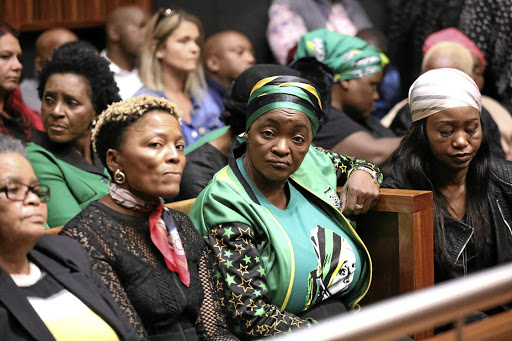 A 39-year-old woman is fighting for her life after she was attacked, allegedly by her husband who tracked her down to her new flat after she moved out of their home.

While Nthabiseng Dikgale remained in hospital, her family was in court where her husband Matome applied for bail. The family said Nthabiseng had allegedly endured abuse in her marriage since 2008 and had tried numerous times to walk away, but would be smooth-talked into staying.

Matome yesterday fought to be released on bail again after the one he was granted at the police station at the weekend was revoked on Monday. His arrest came after he
allegedly sneaked into his wife's apartment in Meyersdal, Alberton, southeast of Joburg, and choked her on Friday.

Investigating officer Sgt Molefe Phadu told the Palm Ridge magistrate's court that Matome was a dangerous man who had six cases of violence, including an attempted murder case which was withdrawn.

"He is a danger to his wife and children and this has been proven by his actions and confirmed by his friends and family," said Phadu.

He told the court that Nthabiseng had told him that Matome had forced her to withdraw three domestic violence cases against him.

During Friday's attack, she suffered neck, stomach and thigh injuries. Nthabiseng was released from intensive care unit on Monday. Detailing how Matome gained access into the apartment, Phadu said: "She [Nthabiseng] told me that the man [Matome] had been calling her the previous night to come and see her, but was denied access ..."

It was not clear whether he had spent the night outside the complex because he sneaked in at about 6am the next day.

"The security personnel said a motorist came to alert them that as he was going out [of the complex], a suspicious man walked in on foot," he said.

"The security personnel tried looking for him but could not find him. He allegedly sneaked into the woman's apartment on Friday morning after trying to get in the previous night."

Phadu said when Matome arrived at the apartment, he knocked and the helper opened for him and he then pushed her and came in.

"She told me that he [Matome] then went straight to her [Nthabiseng] and said, 'today, I am going to kill you'."

Phadu said during the attack, the helper and the couple's children, aged six and 10, ran out and called for help. He said police found Matome choking Nthabiseng.

"She told me that she was scared of the accused and had been trying to run away from him and breaking up with him," he said.

Matome is facing a charge of attempted murder and violating a protection order. He was remanded in custody until next week.

The couple was in the process of getting a divorce.

Nthabiseng's sister Monica Sitai said they knew that she was in an abusive marriage.

"We tried to tell her to leave, but her husband knew how to smooth-talk and make her drop the charges," said Sitai.

Sitai also said they suspected that Matome was behind Nthabiseng's shooting incident that happened in March.

"It had just been three weeks after she moved out of their marital home to stay with our mother when two men entered the house, asked for her and shot her four times," said Sitai.