The regional technical co-ordinator of Global Technology Systems (GTS), Richard le Roux, delivered explosive testimony detailing how he carried out upgrades to the homes of government officials at the instruction of Bosasa bosses Gavin Watson and Angelo Agrizzi.

GTS is a subsidiary of the Bosasa group.

Le Roux told the commission that work concerning ministers and high-ranking ANC officials was described as "special projects", and he would allocate code names to each beneficiary.

"I would be tasked to do a site survey to determine what was needed. I would come back, get the relevant quotes from suppliers, take that info to [Agrizzi]. He would go through it. I would then take that documentation to Jacques van Zyl and he would give me the cash to do the project. We would go to the site, I would be at every single site with the technicians," Le Roux said.

He said all the receipts, invoices and paperwork for special projects were handed to Agrizzi on completion of each project. Le Roux and his team used unbranded vehicles and wore plain clothes when carrying out the work.

Le Roux detailed the work done on Project Blouberg, a property belonging to environment affairs minister Nomvula Mokonyane in Krugersdorp. He said upgrades were done to the property in 2013 and Bosasa carried out regular maintenance up to 2017.

"We did the electric fence, the CCTV system, the generator, the distribution board, the pool pump and we also had to do a garden clean-up," Le Roux said.

"What we had done was we got the electric fence working first. Then we tackled the CCTV side of things. I had to get an independent electrician to sort out the generator. We replaced the distribution board in the swimming pool area ... The garden clean-up was once-off." 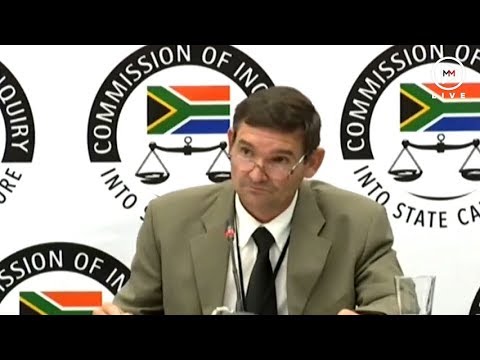 Le Roux said the properties were in Boksburg, and Elliot and Cala in the Eastern Cape.

He estimated the cost for the project was about R300,000.

He said an electric fence, CCTV system and an alarm system were installed over about three to four weeks. He estimated the value of the upgrades at R250,000.