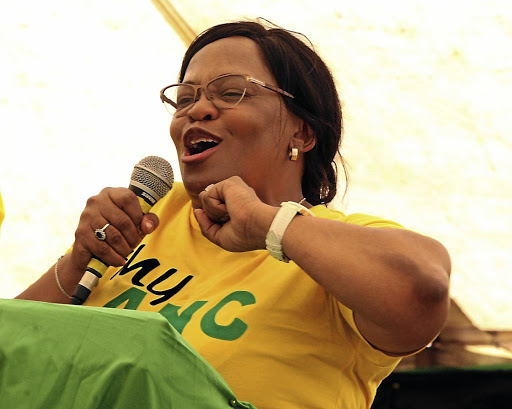 The ANC has once again been dragged through the mud at the state capture inquiry after it emerged yesterday that controversial prisons facilities company Bosasa allegedly hosted the party's call centre at its offices ahead of the national elections in 2014.

Bosasa also threw a massive celebration at its premises for the ANC after its victory at the polls was announced.

The deal to host the call centre and the celebration at Bosasa's expense was allegedly struck by environmental affairs minister and alleged Bosasa benefactor, Nomvula Mokonyane.

The startling revelations were made by former Bosasa central divisions manager Frans Vorster at the Zondo commission of inquiry into state capture.

Angelo Agrizzi has detailed how the the company allegedly recruited senior ANC MPs, including Vincent Smith, to do its bidding.
News
2 years ago

Vorster said his division had to carry the costs for the call centre in the run up to elections.

Bosasa also footed the bill for "a massive function" to celebrate the ANC's election victory.

"At the same time, a massive marquee tent was set up in front of one of our national stores. The renting of the cutlery, the food, everything was paid for by Bosasa," he said.

"After the ANC won, they had a massive function on the premises. The person from the ANC who drove the process was Mokonyane. It was a function for about 400 plus people."

He said the bill for the celebration was paid through Kgwerano Financial Services, which is a subsidiary of Bosasa.

It was not the first time Mokonyane's name came up in Vorster's testimony.

He alleged that he was instructed by Bosasa CEO Gavin Watson to rent a car for Mokonyane's daughter between December 2015 and January 2016. He told the inquiry that the car was rented on his name and the total bill for the rental, and the insurance excess that emanated from Mokonyane's daughter "bumping" the car, came close to R100,000.

Van Tonder described Bosasa's failed venture into the aquaculture business via a project called SeaArk Africa which aimed to breed prawns in a controlled environment.

"Large sum of monies were transferred to SeaArk, up to about R50m over three years was earmarked to pay consulting fees to various consultants on the project. We could not continue with the commercial build out of the project due to the lack of funding. There were also other operational concerns which prevented this project from being continued," Van Tonder said.

To mitigate the losses from the project, SeaArk's name was changed to Bosasa Supply Chain Management.

"Bosasa Supply Chain Management could be used for income tax management. Basically, food items were on-sold from Bosasa Supply Chain Management to Bosasa Operations at a profit margin of about 20%. That profit was offset against the losses it previously incurred." The inquiry continues today, probably with another ex-Bosasa's employee taking the stand.