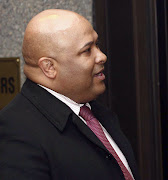 DA leader Mmusi Maimane said on Friday that his party would seek a judicial review of the appointment of former spy boss Arthur Fraser as National Commissioner of the Department of Correctional Services.

Fraser was abruptly transferred after intelligence services Inspector-General Setlhomamaru Dintwe accused him of intimidation and trying to scupper an investigation.

Maimane said in a statement that he had asked Ramaphosa what procedure had been followed in appointing Fraser to head correctional services‚ when the decision was made‚ whether Fraser’s alleged unlawful conduct at the State Security Agency was taken into account and why he was appointed to a portfolio that he had no experience in. Ramaphosa has yet to respond.

“In light of the President’s failure to reply‚ the DA will challenge the lawfulness of Fraser’s appointment – particularly whether it was procedurally and substantively rational in light of Fraser’s track record‚” said Maimane.

“Fraser’s co-ordination of a parallel intelligence network should have been reason to fire him‚ and not rehire him in a different capacity.”

He said compromised individuals should not be reshuffled within government departments.