DJ accused of beating girlfriend with spanner gets R2 000 bail 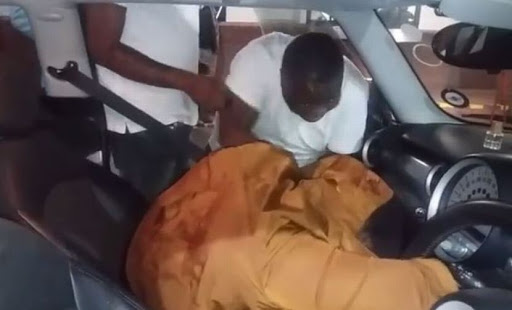 A video has emerged on Facebook showing a man hitting a woman with a spanner nine times over her head at a highway petrol station in Pretoria on Saturday night. / Thandeka Ndex Ndlovu via facebook

A Johannesburg DJ who was arrested for allegedly beating his girlfriend with a spanner‚ landing her in hospital‚ has been granted bail.

He was released on R2 000 bail on condition that he does not contact the witness or the victim‚ Siphesihle Nkosi‚ directly or indirectly.

Nthleko is also required to report to the Tembisa police station twice a week and remain a resident of Tembisa until the case is concluded.

A friend of Nkosi had filmed the attack and posted the video on Facebook in September. The video and pictures of a bloody Nkosi were shared widely‚ resulting in mass outrage and a call for action from the police.

Nthleko is facing charges of attempted murder‚ malicious damage to property and assault with intent to cause grievous bodily harm.

Nthleko appealed with the court to release him because he is a sole provider for his family.

Nkosi’s supporters were furious that Nthleko was granted bail.

A woman who identified herself as Nkosi’s cousin said Nthleko does not deserve bail.

“I am angry‚ why is he getting bail? He doesn’t deserve it. I can’t believe she agreed to this. What support is he talking about? He does not even take care of his children. And he lied to the court saying that he only gets two gigs a month‚ this man has over four gigs a month‚” the woman said.

The case will resume on November 7 for trial.