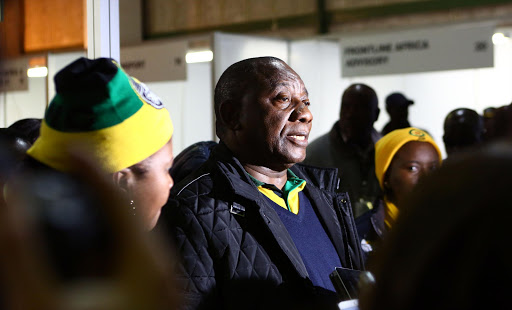 Politics in South Africa has reached a point where it is hard to tell what will happen next.

There are two uncertainties. The first is who will be president of the ANC after December - Cyril Ramaphosa or Nkosazana Dlamini-Zuma?

Most South Africans believe Ramaphosa would be a better candidate to lead the ANC, even as there are serious doubts about his intellect and backbone. Dlamini-Zuma is widely regarded as a Zupta candidate.

The second uncertainty is: Will the ANC win the 2019 elections? In the past this question did not arise; even madmen knew that the ANC would win.

Polls suggest that the ANC might not get 50% of the vote. The Johannesburg or Tshwane scenario is real. It is haunting the ANC.

It does not matter whether you are an ANC member or not; everyone can sense that South Africa's politics is no longer the same.

We are experiencing a phenomenon political scientists call "realignment". It is a moment in the political life of a nation when no one knows what will come next.

A moment of realignment is generally characterised by the end of a hegemonic force, a political force that held society together for a long time.

Such a moment is marked by confusion and excitement. That the old is dying every honest observer can see, but what will come after that nobody can tell. This is exactly where South Africa is today.

When a country undergoes realignment, the most confused are people who belonged to the dying hegemonic party.

Even as they can see that their party is dying, members never accept the reality before their own eyes. They tend to delude themselves that they will bounce back.

You do from time to time hear voices of reason from within the ranks of dying parties. But such parties are typically ruthless. They deal mercilessly with members who try to save their party. It is as if the whole party has gone mad.

In Africa, dying parties are characterised by bizarre illusions. They see conspirators where there are none - imperialists, counter-revolutionaries, regime changers, and so on.

The madness sometimes gets to a stage where dying parties tell people that what they see does not exist. In other words, your eyes are deceiving you.

When people die of famine, such parties will tell you that no one is dying, that it is all negative news from imperialist media. Or you will be told that corruption is the invention of counter-revolutionary forces who want regime change.

The good thing is that ordinary people are always sceptical of dying-party propaganda. People are not prepared to be fooled by empty promises.

The most confusing thing about a realignment moment is that it produces a swarm of characters selling themselves as messiahs. Hardly a month passes in SA today without an announcement by pseudo-messiahs who pontificate as redeemers of our nation.

Most of these people come from the dying party. Since they know that ordinary South Africans are fed up with the dying party, our pseudo-messiahs promise to save SA.

Pseudo-messiahs across the world almost always include people who once enjoyed privileges in a dying party. It does not take a philosopher to realise that pseudo-messiahs have no original ideas on how to save society. They target our emotions, not reason. If they promise jobs, just check how many they created when they were still in charge of their dying party. The record always exposes their hollowness.

Given the terrible deeds of dying parties, it is sometimes tempting for ordinary citizens to fall for the promises mouthed by cunning pseudo-messiahs.

During a realignment, the air is pregnant with expectations. Out of the stench of the old, the imaginary fragrance of the new tantalises. Political opportunists of all hues offer themselves like sacrificial lambs.

Such is the fluidity of our time. It is a period of gross national confusion, a time when the horns of the devil look like a crown made of gold.

What South Africans must keep in mind is that death cannot be postponed. Let dying parties die. Beware of messiahs, especially from a dying party.

It does not matter what you think, SA is witnessing the end of an era, even though what is being born is yet to reveal itself.