AgriSA concerned about suspension of DG amid bird flu outbreak 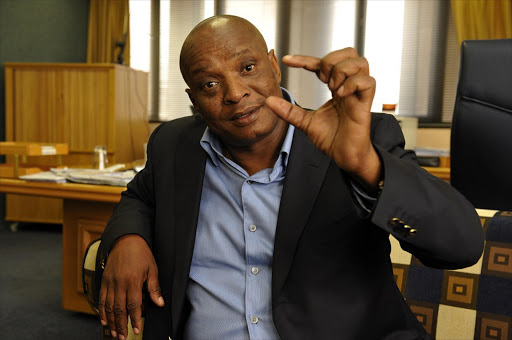 AgriSA is concerned about the impact that the suspension of the agriculture director general will have on the industry‚ the farming body’s president Johannes Möller said on Thursday.

The agriculture ministry announced on Wednesday that director general Mike Mlengana had been suspended with immediate effect‚ just under a year after he was appointed.

A statement from the ministry did not disclose specific reasons for the suspension.

Möller said Mlengana told him on Tuesday that he was due to have a meeting with Agriculture‚ Forestry and Fisheries Minister Senzeni Zokwana to “discuss some issues that they have“.

“From our point of view‚ whatever it is‚ we hope that the minister and the DG resolve the issues as soon as possible‚ so we can give serious consideration to the issues that agriculture has‚” Möller said.

“About 25% of the country still has a serious drought and we need the department to work at full capacity to give immediate attention to that crisis … it’s really a bad time for the department to be without a DG.”

Möller said the bird flu outbreak was also a concern.

“Onderstepoort (veterinary institute) should now be working at full capacity to meet the challenge of the avian flu and there are serious challenges‚” Möller said.

The Department of Agriculture‚ Forestry and Fisheries on Tuesday revealed cases of bird flu on two more farms‚ all involved in commercial layer chickens‚ in Gauteng and Mpumalanga.

Thus far the disease has been confirmed at four farms.

The outbreak was first announced in June at another two farms in Mpumalanga.

Mlengana’s suspension comes as Onderstepoort tries to modernise their facilities to deal with industry challenges‚ such as developing local vaccines‚ Möller said.

“That is something that needs to be resolved as soon as possible. We can also import a lot of those vaccines‚ especially from Australia. But that is not what we really need‚” he said.

“There are some unique vaccines in some of our industries. We need to produce (our own vaccines)‚ especially with foot and mouth disease … to meet our unique challenges.”