#GuptaEmails: Waterkloof air force base has been used by Guptas’ plane on more than one occasion 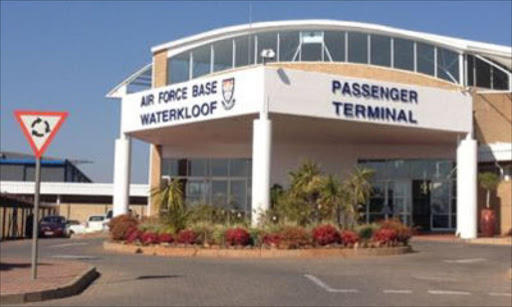 The Guptas’ use of Air Force Base Waterkloof is not just linked to their family’s international wedding furore.

Leaked emails seen by The Times show that the brothers’ aircraft‚ ZS-OAK‚ has been chartered by the South African National Defence Force since the wedding in 2013 and has been allowed to land at the air force base since then.

In 2013‚ President Jacob Zuma was linked to the scandal when it emerged that as “No. 1” he had given permission for the family to be allowed to land hundreds of guests at the base to attend the lavish wedding of Vega Gupta and her husband Aakash Jahajgarhia at Sun City.

Gupta’s mother is Achlar Kumar whose brothers are Ajay‚ Atul and Rajesh Gupta.

Two years later‚ according to documents seen by The Times‚ ZS-OAK was back on the base‚ this time‚ according to SANDF comment on Thursday night‚ on official charter business for the military.

Emails seen by The Times‚ which are directed to Ashu Chawla‚ chief executive of Sahara Computer‚ the Gupta’s computer supply company‚ show that on 8 November 2015‚ ZS-OAK took off from Waterkloof for Sishen in the Northern Cape.

The flight returned later that day before it departed again to OR Tambo International Airport where it is kept.

Defence Department spokesman‚ Siphiwe Dlamini‚ said on Thursday night that there had been nothing untoward about the aircraft landing at the base.

“The SANDF can confirm that a chartered aircraft (ZSOAK) landed and took-off from Air Force Base Waterkloof. This was to ferry various invited military and civilian dignitaries to the South African Army Combat Training Centre in Lohatla‚ Northern Cape.

“These dignitaries and captains of the defence industry were invited to attend the 2015 edition of ‘Exercise Amani Africa’‚ a force preparation exercise with various regional militaries.”

He said the SANDF made use of chartered aircraft when available serviceable aircraft were certified to be inadequate to safely ferry a specific number of passengers and or goods‚ “or when the serviceability status is assessed to have a potential to compromise the safety of both passengers and or crew”.