Zuma face to face with 'enemy' 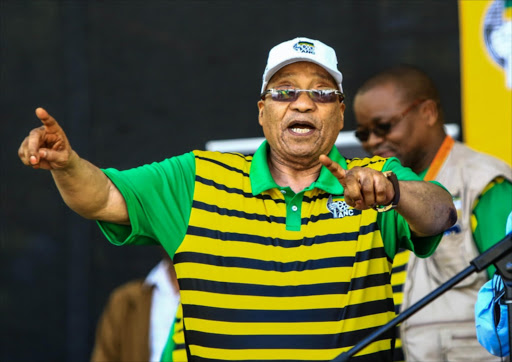 Leaders within the ANC and its allies are holding separate meetings this week to discuss President Jacob Zuma's future.

ANC officials, including Zuma, will face each other today, and some officials have condemned his move publicly.

The meeting will then be followed by the national working committee (NWC) meeting, where the majority supports Zuma, but cannot take any decisions. However, the NWC can call for a special meeting of the national executive committee, which is the ANC's highest decision-making body between conferences.

Yesterday, National Assembly Speaker Baleka Mbete, who was out of the country when the cabinet reshuffle happened, condemned ANC leaders who spoke out publicly against Zuma's move.

"The fact that there has been differences expressed . It is something not to be surprised of . but normally is not supposed to be free for all. The one with specific responsibility should speak.

"These are matters when we are meeting tomorrow - the officials and the NWC - we will deal with them, so when we come out we can speak with one organisational voice."

Mbete's remarks gave an indication that Deputy President Cyril Ramaphosa, secretary- general Gwede Mantashe, treasurer-general Zweli Mkhize and other leaders may have to account for their statements criticising Zuma.

Meanwhile, the SACP and Cosatu leaders are meeting separately to discuss the president's future.

The SACP has already said it disagrees with Zuma's cabinet reshuffle, calling for him to resign because he put the Gupta family before the county.

The SACP's extended politburo will discuss a strategy on how to push Zuma out of office.

Cosatu will also discuss its position as it has not said anything, but its biggest affiliates - Nehawu, Popcru and Sadtu - have condemned the reshuffle and called on Zuma to resign.

On Thursday and Friday this week, concerned citizens will march to Luthuli House to call on the ANC to intervene and recall Zuma.

However, there appears to be no consensus within the ANC leadership on whether Zuma should be recalled.