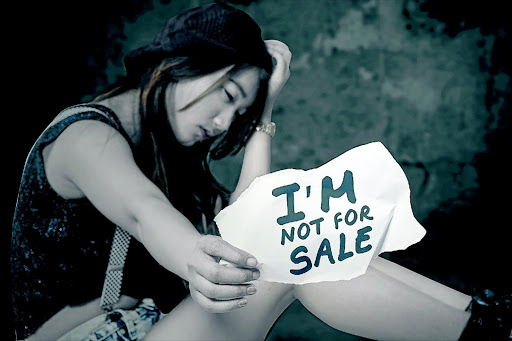 A mother of three from Thailand was recently assisted to return to her home country after being lured into sexual servitude in South Africa.

Speaking to Sowetan, project manager for irregular migration at the International Organisation for Migration in SA (IOM), Marija Nikolovska, said they assisted 39 human trafficking victims in the country during 2015.

October 2 to 9 marks human trafficking awareness week in SA, in an effort to put the spotlight on a global crime that led to millions of people being tricked into forced labour, sexual slavery and other forms of exploitation.

The United Nations Children's Fund (Unicef) estimates that $32-billion (R437-billion) worth of profit is generated globally through human trafficking syndicates.

Nikolovska said the woman who returned home last week was tricked into believing she would work in a bar in SA, only to end up working as a sex slave with her movement restricted.

The 27-year-old ended up being prostituted in Johannesburg.

Upon arrival in SA, the traffickers told her she owed them R95000 as they had paid for travel arrangements and accommodation.

She was kept in a place of safety for two months after she managed to escape.

Nikolovska said the woman's case was still being investigated and no arrests had been made.

She said many people were falling for similar promises out of economic desperation.

Nikolovska said the organisation usually assisted victims after they had been discovered by authorities through police raids and investigations.

She said most were referred to places of safety where they received tailor-made assistance which included counselling before they were taken back home.

Zulu said reports of human trafficking incidents in Polokwane reflected an increase, from 37 cases last week to 77 this week.

Zulu cited cases in other areas including Thabazimbi, where 45 children were trafficked, Marble Hall where 67 Malawian nationals were found to have been trafficked, and Tzaneen currently had five reported cases.

Limpopo is known as one of the hot spots for human trafficking because of its geographical location that makes it an entry point into the country from neighbouring countries including Botswana, Mozambique and Zimbabwe.

Limpopo police also announced a partnership with civil organisation Stop Trafficking of People (STOP) in an effort to tackle the crime.

The organisation's director, Corrine Sandenbergh said they were looking forward to working hand-in-hand with police in fighting the crime.

Sandenbergh said most people who were being trafficked were coerced, assaulted and threatened by traffickers, which made it difficult for them to speak out.

She said the organisation would train police officers using a manual they had developed on how to identify, handle and assist possible victims.

Sandenbergh said current statistics did not reflect underlying issues related to human trafficking, but said this would soon change because of new legislation.

"We are going to see the most amazing results. I believe there is going to come a time when human trafficking is impossible in SA."