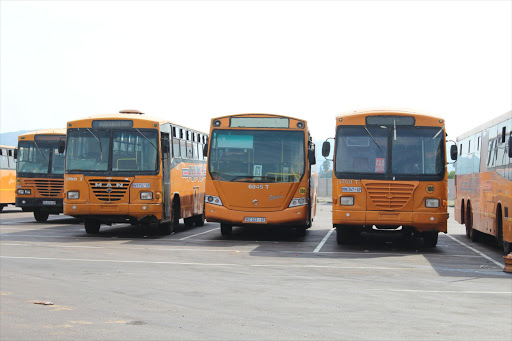 Twitter users didn’t seem surprised by a clip showing a Putco bus heading into oncoming traffic on the wrong side of the dual carriageway section of Jan Smuts Avenue in Joburg.

It was posted on Friday morning by Siya ?@Siya–Gule who said: “Putco drivers lose their minds everyday‚ smh. Opposite side of the road on Jan Smuts cc @EWNTraffic @PigSpotter”.

The clip shows the bus making slow progress through an intersection and down Jan Smuts in the wrong direction in the right-hand lane‚ and is passed at one point by a Metrobus heading in the right direction.

Jonathan Petersen @JP–Soulsoundz1 reiterated that it was nothing new‚ saying: “@EWNTraffic @Siya–Gule This is not the only Putco Bus that disregard the rules of the road.”

Peter Herold @Peter–Herold suggested that authorities were reluctant to act against the company’s drivers: “@EWNTraffic @AkiAnastasiou @PutcoSA Putco is more powerful than the taxi associations. Cops too scared to touch them. #criminal”.

Phuti Wa Mohlaloga @manamelaphuti also lamented that the drivers seemed to act with impunity: “@EWNTraffic @PutcoSA Mara why is our government so afraid of Putco. these guys just do as they please everyday”.

Londani Zulu @Mageba–TheOne misspelled the name of the company when asking: “Is it even legal for Padco busses to be on the road?”‚ but was corrected by Inceku ? ?@ZenzoM–‚ who added an opinion: “Putco. It shouldn’t be”.