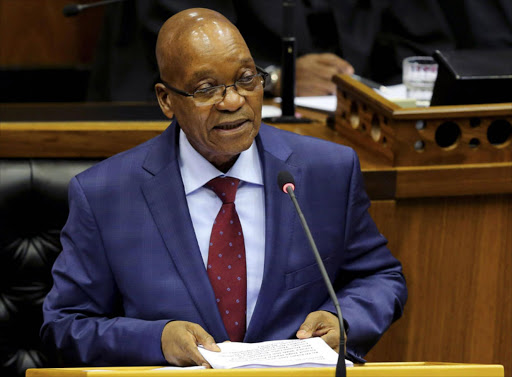 "The office of the Speaker of the National Assembly has today received from the presidency confirmation of a date for questions to the president as 11 March 2015," her office said in a statement.

This comes after opposition parties accused Zuma of trying to avoid answering questions in Parliament.

On August 21, Economic Freedom Fighters MPs interrupted Zuma's replies to questions by banging on their desks and chanting "pay back the money".

This was in reference to Public Protector Thuli Madonsela's recommendation that Zuma repay that part of the R246 million spent on upgrades to his Nkandla, KwaZulu-Natal, home not related to security.

Since then he has not returned to answer questions.

The EFF has vowed to disrupt Zuma's State of the Nation Address on February 12 unless a special sitting of the National Assembly is scheduled for Zuma to answer questions.

Last week Mbete urged EFF leader Julius Malema not to use Zuma's address to demand that he answer questions on the Nkandla controversy.

The Speaker's office said it would continue talking to the presidency to ensure the rest of the year's question sessions were scheduled.

On Monday the SABC quoted Zuma denying he had refused to answer questions in Parliament.

"The president has never refused to come to answer questions," he told the public broadcaster.

"I have been hearing those kinds of sloganeering out there. Nobody has said I must come to Parliament [and] I refused."

Zuma is expected to answer questions in Parliament every quarter. Last year, after general elections in May, he only attended one session in August, which ended in chaos.