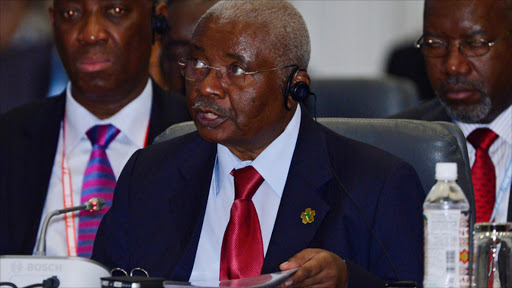 Mozambique ex-rebel group Renamo has declared the end of a peace deal signed 21 years ago after the army seized its military base.

A spokesman for Renamo, Mozambique's main opposition party, accused the army of trying to kill the group's president Afonso Dhlakama, and said the deal that ended the country's 16-year civil war was over.

"Today, around 1300 hours (1100 GMT), the Frelimo government used troops and heavy artillery to attack the residence of the Renamo president, Afonso Dhlakama, to kill him in cold blood," said Fernando Mazanga.

"This irresponsible attitude of the commander-in-chief of the country's security forces (President Armando Guebuza) signals the end of the Rome Peace Accords."

The defence ministry confirmed troops had taken over the base in a military operation.

No casualties were reported and Renamo said Dhlakama had escaped unscathed and fled to an unknown location.

Mazanga said the attack on the base "marks the end of multiparty democracy" in Mozambique.

Renamo fought the Frelimo-led government for 16 years in a civil war that erupted following Mozambique's independence from Portugal in 1975. It lasted until 1992 and resulted in the deaths of around one million Mozambicans.

Portugal late Monday voiced its concern about the mounting tensions in its former southern African colony.

"The Portuguese government is following with concern the situation reported in Gorongosa," the foreign ministry said in a statement, also calling for the country "to quickly return to a normal situation so it can follow a path of economic development and social progress."

The assault on the base came days after the former rebel movement, now in opposition, staged an attack on a government military unit on Thursday.

The siege took place on the first anniversary of Dhlakama's return to the bush and left two of his fighters dead.

Defence ministry spokesman Custodio Chume, told state broadcaster Radio Mozambique Monday's assault on the Renamo base was in response to that attack.

"We said that the armed forces would respond with full force to any new attack from Renamo," said Chume.

Government forces and Renamo have carried out several deadly attacks on each other since last year.

Renamo became the official opposition after it signed a peace deal with the Frelimo-led government to end a 16-year civil war in 1992.

But it has been demanding the government renegotiate the terms of the peace accord.

It wants more representation on election bodies and in the armed forces and a cut of revenues from the country's fast-growing coal and gas industries.

Several rounds of peace talks between the group and government representatives have broken down. Proposed face-to-face talks between President Armando Guebuza and Dhlakama have not materialised.

Renamo has threatened to disrupt municipal elections scheduled for November 20 unless the government agrees to its demands.

The group was originally founded as an anti-communist group. Its support base has been slowly declining since the end of the war.