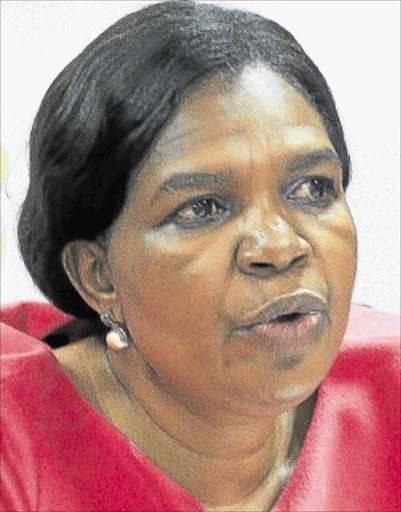 COMMUNICATIONS Minister Dina Pule has been called to answer to a parliamentary report into allegations of her corrupt involvement in the appointments of staff members and business dealings with a romantic partner.

Yesterday, chairman of the joint committee on ethics and members' interests, ANC MP Professor Ben Turok, said the committee registrar, Fazella Mahomed, had handed over her report into the allegations.

"The registrar has written to the minister and various other officials requesting them to attend the hearing.

"The registrar has given the panel some of the material of her investigation and the minister has been informed about the allegations. The hearings will be closed," Turok said.

The hearings had been set down for May 2 and 3.

Turok said some of the most recent information obtained related to a "contract". It is understood the contract is the one the department awarded to Khemano Events company for its involvement in staging the R102-million ICT Indaba in Cape Town last year.

According to reports, R25-million in sponsorship money could not be accounted for, and Khemano Events head Phosane Mngqibisa benefitted in the region of R6-million from the deal.

Pule is said to be romantically linked to him.

This followed newspaper reports that an internal audit found Mngqibisa had engineered jobs for his friends and relatives on the boards of the Post Office and SABC, among others, with the "full knowledge of Pule".

Pule has repeatedly denied the allegations.

Her spokesman Siya Qoza said yesterday Pule was on record saying she would co-operate with the committee.