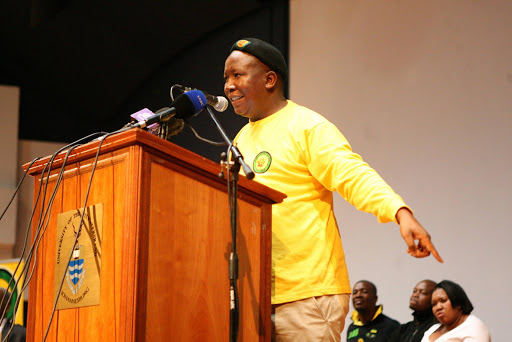 'Disciplinary proceedings will be instituted'

This followed Malema’s verbal attack on President Jacob Zuma on Friday when he called him a dictator and said he was suppressing the league.

Malema was informed on Wednesday morning of his immediate temporary suspension and that disciplinary proceedings would be instituted against him by the national disciplinary committee.

The conditions of the suspension meant that Malema would not be allowed to exercise any duty as an African National Congress member, president of the ANCYL or member of the Limpopo provincial executive committee, said Hanekom.

“He will not attend any meeting of the ANC or any of its structures, including the leagues, except for the purpose of the NDCA [national disciplinary committee of appeal] hearing and the pending disciplinary proceedings to be instituted against him.”

Malema would also not be allowed to address any meeting of the ANC or the ANCYL.

“He will not make any public statement on any matter pertaining to the ANC,” said Hanekom.

Malema is appealing his expulsion from the ANC for sowing division in the party and for bringing it into disrepute. The appeals hearing takes place on April 12.

Hanekom said Malema’s temporary and immediate suspension would come into effect on Wednesday.

The two disciplinary proceedings were separate.