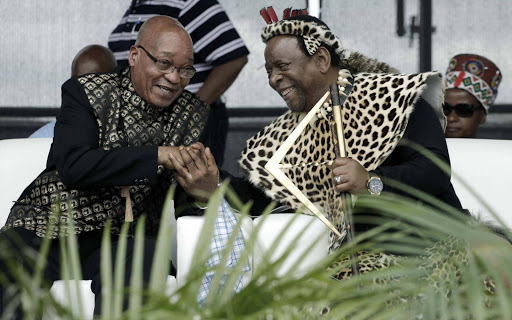 THE South African Human Rights Commission says it will be writing to King Goodwill Zwelithini following reports that he made homophobic comments at a function attended by President Jacob Zuma.

"The Commission will be writing to the king to ascertain whether he did in fact make such statements and if he did, to immediately retract them," spokesman Vincent Moaga said in a statement.

The commission will also be raising this matter with the president," said Moaga.

The Commission planned to obtain transcripts of Zwelithini's recorded speech to begin its work, he said.

Zuma was himself criticised in 2006 for homophobic statements he made at a Heritage Day celebration.

The Zulu Royal Household has criticised what it called a "reckless translation" of Zwelithini's speech.

"At no stage did His Majesty condemn gay relations or same-sex relations," Prince Mbonisi Zulu said. "The main focus of his speech was on the creation of a compassionate society, with men protecting the vulnerable members of society, especially the elderly, women and children."

Zwelithini reportedly told guests at the 133rd commemoration of the January 22 1879 Battle of Isandlwana at Nquthu, northern KwaZulu-Natal, on Sunday that "traditionally, there were no people who engaged in same-sex relationships".

Zulu said the king had said that in the past men would go for months in battles to fight the enemy without their wives, and that they did not harass each other sexually.

"He said nowadays you even have men who rape other men. The king said this was a clear sign of moral decay and he said he condemned those involved, no matter who they were," Zulu said.