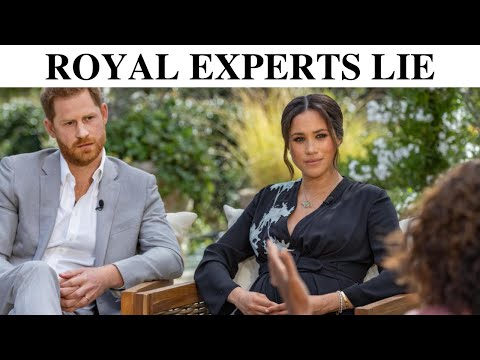 SA-born YouTuber Josh Pieters and comedian Archie Manners are back. This time, pranking four UK royal “experts” into giving their views about Prince Harry and Meghan Markle’s interview with Oprah Winfrey for an undisclosed fee.

The duo wanted to determine whether royal experts were truthful in their commentary about Prince Harry and Meghan Markle.

The “experts”, including the Queen’s former press secretary Dickie Arbiter, CNN’s royal commentator Victoria Arbiter and Majesty magazine's editor-in-chief Ingrid Seward, gave their opinions on the interview two days before it was aired on CBS in the US.

Pieters and Manners tricked the “experts” into believing that their views would be shown immediately after the interview was broadcast.

In the six-minute video titled “We Proved Royal Experts Lie About Harry and Meghan”, Pieters and Manners also tricked some of the experts into discussing false topics supposedly covered in the interview, including Markle's support for the Balham donkey sanctuary and her refusing to take a Covid-19 vaccine.

“With Harry and Meghan's Oprah interview coming, me and Archie wanted to see if royal experts were always truthful with how they report on them,” said Pieters on Twitter.

In the real interview, Markle opened up about feeling lonely within the British royal family, before ditching her senior role as the Duchess of Sussex last year.

She shared that some members of the royal family were “concerned” over how dark Archie's skin would be.

Markel also said she struggled with extreme media scrutiny and did not receive any help or support, besides from her husband.

She said she and Harry, at some point, considered moving to SA “to take a breath” from their senior roles.