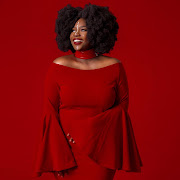 The second Soweto International Jazz Festival that took place at GOG Lifestyle Centre in Soweto over the weekend had poor turnout. The festival that has been smeared by a rights dispute and criticism of its "unjazz" line-up started on Friday and ended on Sunday.

Amanda Black and Nasty C were billed to perform on Friday. They are said to have arrived on time for sound check and were then told not to return for performances due to poor audience.

Stage and technical manager Ability Ngcobo confirmed that artists were advised not to come back after sound check on Friday due to poor turnout.

"It was cold on Friday. I believe the festival was well-organised. On Saturday and Sunday we had performances."