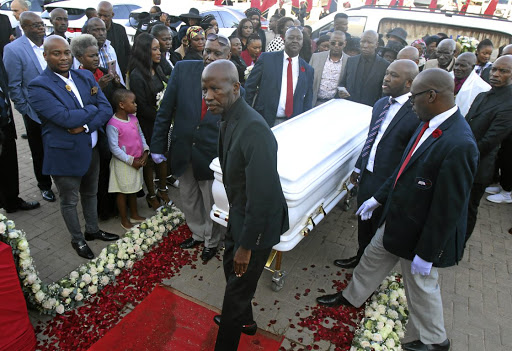 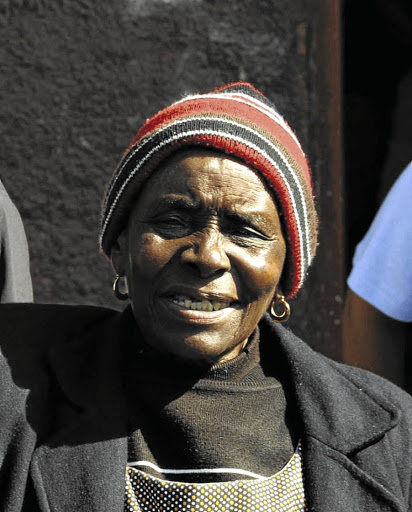 Speaking during the funeral service held at the Ngoako Ramatlhodi Sports Complex in Seshego, Limpopo, Malema described his grandmother as a "tough" woman who fought for her family.

Sarah Malema died last Saturday due to old age ahead of her 90th birthday on October 18.

Reminiscing about his relationship with his granny, Malema said although her family was cramped in a tiny four-roomed house with little or no resources she ensured that they were well taken care of.

"My grandmother and I had agreed that we would throw her a birthday [party] when she turned 90 in October. And now this," he said.

His granny had taught him the right way of life.

"She provided for everything in the family without fail. She would never use a swear word," Malema said, adding that his grandmother had been persecuted by his detractors who also staged mock funerals at her doorstep.

"She witnessed mock coffins where I was buried alive during my troubles with the ANC ... that's when she told me never to return to the ANC," he said.

"I will never go back to the ANC. If the EFF fails I will go and teach at any university because I'm doing a masters degree. I also have a choice to either become a lawyer or a farmer," he boasted.

He urged people to "stop being fake" and not to be ashamed of their families and embrace their parents. "Don't be ashamed of who you are. I always took my grandmother along when I went to vote and I missed that opportunity on May 8 because she was no longer there."

The EFF leader said his last conversation with his grandmother was on Friday evening before her death when she asked him where his kids were.

"My grandmother was my confidante. She took some of the things we discussed to her grave and it pains me a lot. However, I find solace in the fact that she never sold a soul.

"She stood her ground and was always tough and protective towards her family," he said, adding that his granny lived a "simple life".

He said he had discussed with her how she wanted to be buried and that she had told him she did not want a black coffin, let alone to be dressed in black clothes inside the coffin.

The funeral was attended by a host of dignitaries, including politicians from various political formations, the business and religious communities.

Prior to his delivering the eulogy, Malema had requested a video of his grandmother to be played while she was singing and dancing at home with other family members. However, technical glitches prevented the mourners from seeing the footage.

He said it was sad that his grandmother died only four weeks after his aunt, Selinah Mashatola.

A relative, William Makomene, had described Mashatola's demise as a curtain-raiser "to prepare her mother's final resting place".

In his speech during the service, Malema alluded to his controversial relationship with former Limpopo premier Cassel Mathale. The two, when they were powerful ANC leaders in Limpopo, were accused of collapsing the provincial government.

Without mincing his words, Malema said it was under Mathale's leadership in the province that they used to spend every cent of the provincial budget and ended up going to other national departments to source money "for use in delivering services to the people".