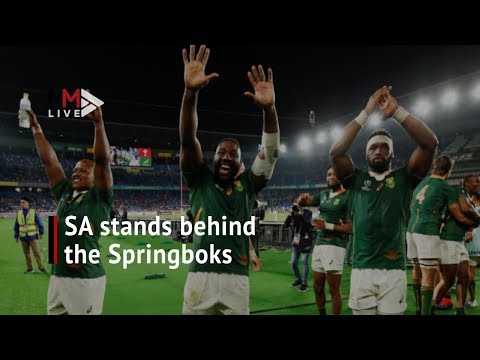 South Africans have united behind the Springboks in the lead-up to their attempt to lift the Webb Ellis trophy for the third time.

South Africa last won the Rugby World Cup in 2007. Prior to that, the team lifted the trophy in 1995 after a historic victory over New Zealand just a year after the nation's first democratic election.

Rugby resonates as more than a sport throughout the nation. People from all backgrounds have come together in celebration and support of the Springboks.

Kickoff at the Yokohoma stadium is at 11am on Saturday.