How this musician is beating unemployment by starting his own company 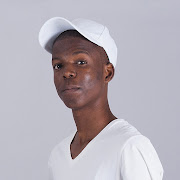 Kick-starting a music career comes with many challenges - in an industry lousy with talent there is very little chance to shine, let alone getting a foot through the door.

Music producer Clinton “Spiro Beats” Mbatha has experienced this exact problem. After matriculating, the young star knew that his career lay in the music industry. After many attempts at obtaining work and trying to catch the interest of producers and recording artists in the industry, Mbatha found the solution by starting his own business, Preme Audio.

“I'm very creative and I've always been business minded. I have a bit of understanding about the music business and making a business of your music,” says Spiro Beats about starting up. “One of the main reasons why I started Preme Audio is I've always wanted to own my music masters and publish independently and employ myself, create work!”

While it may have been hard for Mbatha to break into the mainstream, he is certainly not wasting time trying to impress the same crowd thanks to the ever-changing music landscape.

“The internet has made things a lot easier for us creatives now. You can just simply use social media to promote your music and also build a solid fan base and that's exactly what I've been doing,” says Mbatha.

Other than his music, Mbatha is also a graphic designer in pursuit of a career in public relations - these being quite vital skills that would help in the difficulty of promoting a career that requires Mbatha to get his music to as many people as possible.

“I promote my songs on social media. I make sure that I design a catchy artwork then promote the artwork along with a short preview of the song. If the reception from fans is good, I put out a pre-order link so that they can pre-order the song and get it on its release date. I tend to schedule radio interviews every now and then to promote songs but the internet is the new wave now and it's slowly putting radio out of business.”