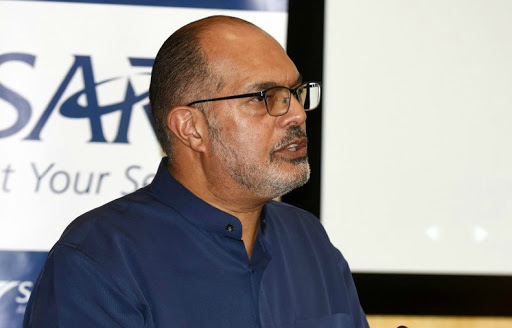 An unregistered tobacco manufacturing plant that produces molasses and shisha tobacco products has been uncovered during a search and seizure operation conducted in Gauteng, said the SA Revenue Service (Sars).

Sars said the operation was conducted by its national rapid response team and its illicit trade unit, supported by the police and the Johannesburg metropolitan police department.

“The plant is linked to a specific licensed cigarette manufacturer through the brand of tobacco products found on the premises. The manufacturing plant will be investigated in terms of tax and customs legislation,” it said.

The multi-agency enforcement team also conducted search and seizure operations at three shops in Fordsburg, focusing on the sale of suspected illicit tobacco products. The team found 1,337 cartons of illicit molasses and illicit cigarettes with an estimated value of R400,000.

“The goods were seized and removed pending production of import/local purchase documentation, quantity verification and further investigation into whether the correct taxes were paid to Sars.”

A shop owner was arrested when, during the operation, he allegedly attempted to bribe a Sars official with about R30,000 “to make the case go away”.

In another operation, the Sars rapid response team inspected a container load at a licensed depot in City Deep. The consignment was declared as playing cards imported from China to SA via the Durban harbour to City Deep.

“The inspection uncovered a full container load of clothing items with a declared customs value of R550,000 but which were falsely declared as playing cards.

“The clothing has been seized pending further steps while a criminal case was opened with the police for smuggling and fraud.”

Sars commissioner Edward Kieswetter said the service was committed to making it hard and costly for non-compliant taxpayers and traders. He said non-compliance, trade in illicit goods and criminal activities destroy the economy and lead to job losses, inequality and poverty.

“We will remain vigilant and maintain a zero-tolerance approach towards illicit trade in any product,” he said.

A truck driver from Zimbabwe was arrested for smuggling illicit cigarettes worth more than R1m in Springs in Ekurhuleni at the weekend.
News
6 months ago

12 million illegal cigarettes to be shredded on Friday

The cigarettes were seized in various operations, including the confiscation of a 40-foot container smuggled into the country.
News
6 months ago