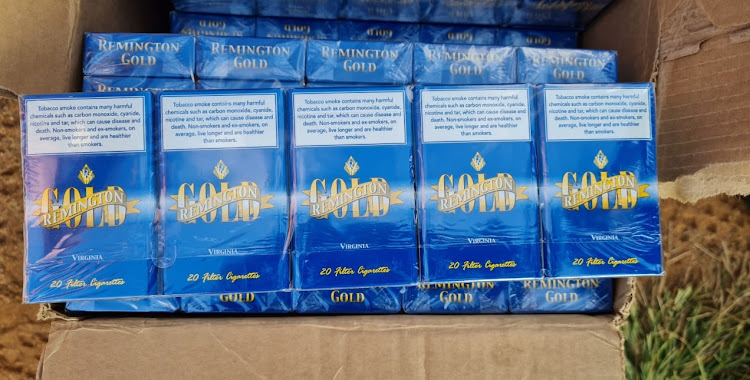 The truck was loaded with boxes of illicit cigarettes worth more than R1m.
Image: EMPD

A truck driver from Zimbabwe was arrested for smuggling illicit cigarettes worth more than R1m in Springs in Ekurhuleni at the weekend.

Ekurhuleni metro police spokesperson Thabiso Makgato said the driver was arrested after the truck was pulled over on the N17 offramp on Saturday afternoon.

The arrest was made during Operation Kurhula.

Makgato said the truck was loaded with boxes of illicit cigarettes worth more than R1m.

The driver is expected to appear in the Springs magistrate’s court soon to face charges of possession and possibly dealing of illicit cigarettes.

The organisation said the bust netted a large consignment of 1,600 cases of illicit cigarettes.

“This tactic seems to be gaining popularity among criminal enterprises. We have recently seen cigarettes which have been seized by law enforcement having entered the country illegally, mostly from Zimbabwe and predominantly through the Beitbridge border post and described as furniture, scrap metal and cotton yarn.”

Fita called on the authorities to ensure stringent checks and balances at borders.

In just two weeks, at least 1,400 smugglers have been arrested as part of a joint operation between the SA Police Service and their Zimbabwean ...
News
6 months ago

A Sars employee stationed at the Beitbridge border post and two other men have been arrested for trying to get a truck containing R10m worth of ...
News
10 months ago
Next Article