Image: Thapelo Morebudi/The Sunday Times Ace Magashule waving at scores of his supporters moments after appearing at the Bloemfontein magistrate's court. He appeared on charges of fraud and money laundering in connection with the R255m asbestos tender saga.

The much-anticipated address by ANC secretary-general Ace Magashule to hundreds of his supporters in Bloemfontein will no longer take place.

This comes after Magashule was advised by his lawyers not to address a rally in Bloemfontein following his brief appearance in the city's magistrate's court on corruption charges.

ANC member Joe Maswanganyi said the advice was that Magashule could not be seen as breaking lockdown regulations.

The current regulations do not allow for political gatherings.

“The level 3 regulations are strict, if the SG comes on stage they will arrest him and embarrass him,” said Maswanganyi.

After his appearance in court, Magashule was driven to the park where his supporters were gathered. But there was a sudden change of heart as he was seen quickly returning to his car and sped off.

Maswanganyi said the advice for Magashule to give the rally a miss came from his lawyers. 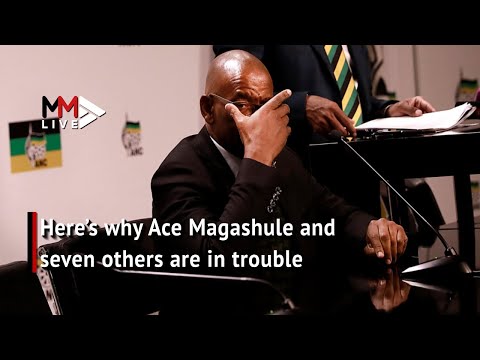 MKMVA president Kebby Maphatsoe said the case against Magashule was “politically motivated” and meant to intimidate him from implementing conference resolutions of the ANC aimed at championing the economic empowerment of black people.

“The cases that are politically pursued end up like this. Take the case of Zandile Gumede for instance, it is going to be the same with the SG. They brought SG here knowing very well he did not do anything wrong, they want to paint him as corrupt.”

According to Maphatsoe, Magashule and former president Jacob Zuma were being victimised for being rooted in ANC branches.