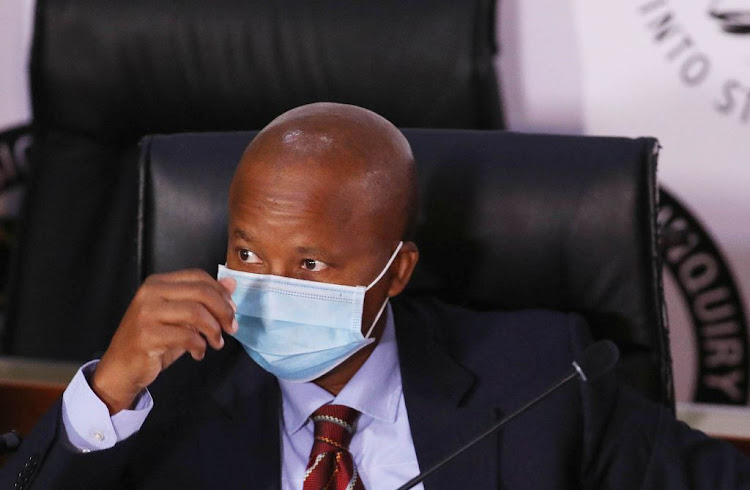 The State Security Agency (SSA) and its financial resources were used to advantage the governing ANC against other political parties during election contests that took place during the Jacob Zuma administration from 2009 to 2018.

This is according testimony of SSA acting director-general Loyiso Jafta, who is testifying at the Zondo commission.

Jafta said on assuming the responsibility of acting DG in April 2018, he unearthed that SSA had been politicised from the onset, when it was established in 2009 from the merger of the then National Intelligence Agency (NIA) and SA Secret Service, among other intelligence structures.

The “politicisation” of the SSA was always going to be easy, he charged, as the amalgamation placed all power in the hands of one person — the DG of the SSA — unlike the separated powers of intelligence structures that were formerly in place.

The ANC, he said, benefited only during elections while a faction of the ANC benefited throughout from abuse of the SSA and its mandate.

“The politicisation of the SSA is a fact. There are monies that left the agency for the purposes of funding political activities within the ANC,” said Jafta.

“And often, when you drill into it, it was not funding of the ANC credibly but to fund activities of a particular faction within the ANC.

“When we go towards an election, there would be projects intended and funded to enhance the political fortunes of the ANC - and these projects were executed.”

The State Capture Commission has dismissed an application by state security minister Ayanda Dlodlo to delay the evidence of acting director-general ...
News
10 months ago

Jafta said he was also convinced that money was embezzled from SSA coffers with impunity.

To his surprise, he said, on taking over as acting DG, many SSA spooks owed the agency money running into millions of rand.

“That led to me discovering that the monies were also spent on projects that were outside the prescripts of our legal mandate. Even the constitution might have been disregarded in the pursuit of those operations.”

But the widespread open-season abuses were not only limited to the SSA purse.

Some improprieties, Jafta added, included firearms that belonged to the SSA that were handed to people who did not work for the agency.

Even immovable assets such as properties that belonged to SSA were sometimes registered to names of agents who thus could claim personal ownership of state property.

Jafta believes that SSA's woes started from its formation through a proclamation which he said was against the constitution. From then onwards, “there was executive overreach and instances of unlawful and illegal instructions”.

The structure of the SSA, which placed too much power on one individual, was so risky that if the DG of the agency at any point decided to destabilise the country or the whole Southern Africa region, they could do so with ease.

“All of this authority located in the hands of one individual - the risk here is that this is real authority, I can [as DG] destabilise SA and other countries in the region by virtue that I have all the authority,” said Jafta.

He added that even naming the agency “State Security Agency” instead of “National Security Agency” was also problematic because it led to it placing the interests of the state and a “regime” above those of the nation, as envisaged by the constitution.