By naledi shange AND Naledi Shange

Image: 123RF/Duncan Noakes The protests are related to the removal of illegally built dwellings in the area. Stock photo.

Johannesburg metro police officers (JMPD) and the police were out in full force in Lenasia South and Lawley early on Monday to contain protests.

“The K43 and Old Lawley roads have been blocked with rocks and burning tyres since 1.30am today. This is affecting large parts of Lenasia South and Lawley.

“According to information received, it is alleged the protests are about the removal of all informal settlements,” said Minnaar. 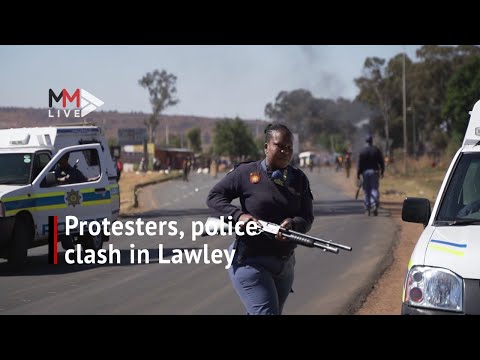 “JMPD and police officers have been deployed since midnight. The protests are over a very big area.”

Locals shared videos from the scene, showing plumes of smoke bellowing from the area as protesters burned tyres.

Motorists were advised to stay away from the area and use the Golden Highway as an alternative route.

In recent months, the Red Ants have demolished scores of illegally erected dwellings, some made of brick and mortar, in the area under instruction from city officials.