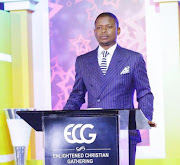 After being threatened with arrest and turned away from delivering food parcels at Emalahleni a week ago, Enlightened Christian Gathering leader, Prophet Shepherd Bushiri has donated food to the ANC at Ehlanzeni region to be distributed to poor families who are in need.

Delivering the food, deputy convener of the ANC at Ehlanzeni region, Ngrayi Ngwenya said though politicians were not allowed to do the food delivery from government, but the food he delivered was from his pocket and that of Bushiri.

Though the MEC for cooperative governance and traditional affairs in Mpumalanga Mandla Msibi have called on politicians and councillors to refrain from presiding over food delivery, Ngwenya said the food he delivered was not from the government and they delivered from all who needed it regardless of political affiliation.

Economic Freedom fighters leader in Mpumalanga, Collen Sedibe, said though Ngwenya was giving the food to everyone, he senses seclusion of people based on party lines and also opened a case against Ngwenya, saying he breached  lockdown regulations.

“Why donate food to the ANC not the government? We know that Bushiri is not patriotic to South Africa. He donated millions of rands to his country but here, he just donated the food and to the ANC and we believed the food benefited only members of the ANC. We know his friends are Candith Mashego-Dlamini and Thandi Shongwe whom are members of the ANC and members of his church, that’s why he gave them the donations,” said the EFF chairperson in Mpumalanga Sedibe.

“Again, Ngrayi Ngwenya in his videos where he was delivering the food to the families, he bridged the lockdown regulations by having many people in attendance, that’s why I’m here at the Malalane police station to open a case against him,” said Sedibe.

However, Ngwenya brushed off the allegations saying he was joined by Bushiri’s donation while he was preparing to do his personal donation to needy families.

“I personally decided to give food to people who needed it in all the community of Nkomazi municipality and the Ehlanzeni region from my pocket. While buying and planning such, food from Major 1 [Bushiri] came with trucks and we supplemented the supply. We know Bushiri church is being attended by everyone regardless of politics and also the ANC is being voted by everyone even those who doesn’t have membership of the ANC, in fact the ANC government leads everyone. We gave the food to all people and we do not ask what party they support. To say the least, there are families we know they support EFF, we supplied them too. So, people must not talk of politics where our people need food at this time of the lockdown and economic hardships,” said Ngwenya.

Ngwenya said regardless of the state having a case against Bushiri, they are happy he donated to the people. “Look, there’s no one above the law, and we support the state as the ANC, but when donations come to our people who are hungry now, we don’t ask where it comes from, but give to the people who need it the most. I can buy food at my house, but there are people who are trapped in their houses with no jobs and nothing to eat now, and we came through to help. Government can’t do it alone, business and churches and those who are able are encouraged to meet government halfway,” said Ngwenya.

Ngwenya said: “When delivering the food, I had only eight people accompanying me, not a large number. There’s a family were we found that there are 15 members in that home and we can’t chase them away. We donated the food and left,” said Ngwenya.

“As the department, we don’t have control over people who donates food on themselves. We only look on our records and handover food to the needy families as the department and people who are willing to give to meet us halfway, we don’t stop them; we appreciate that,” said Ngobe.

“Yes, we can confirm that the food was donated by Prophet Bushiri; this is after the intervention of the Hawks after he wanted to deliver the food himself and he couldn’t attend. But he contacted the people in Mpumalanga to come fetch the food in trucks in Johannesburg and it was delivered and is still being delivered because it’s a lot,” said Baloyi.