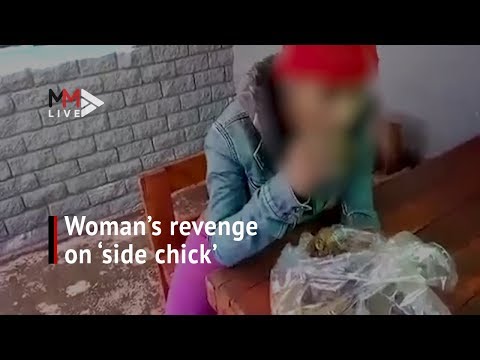 A nurse accused of forcing a woman to eat dog faeces was denied bail in Cape Town on Wednesday.

Elizabeth Williams, 38, a nurse at Tygerberg Hospital, appeared in the Goodwood magistrate’s court, where investigating officer Const Graham Sylvester testified that she kidnapped her boyfriend’s alleged mistress and also forced her to consume abortion tablets.

The incident took place on July 26 and was captured on a video that went viral last week. It depicts Williams commanding her 27-year-old victim to eat faeces she had collected from her two dogs.

The video, filmed by Williams’s friend, was addressed to her boyfriend, “Jubee”, in an apparent reprisal for his infidelity.

According to Sylvester, it showed Williams facing the video and stating in Afrikaans, “Jubee, look what I do to your n***ers [sexual partners] - they will eat s**t!”

Sylvester said one of Williams’s two co-accused, Portia Jonkers, lured the woman to a house, where Williams was waiting for her.

Williams then grabbed the woman in a “hug” and told her to accompany her and that she wanted to talk. Sylvester claimed the woman was too afraid to run away.

When they got to Williams’s home, she ordered the woman to go and collect the “tablets” and swallow them. “When she asked why, [Williams] said: 'You! You f****** drink these pills!'” Sylvester told the court.

Williams then drew blood from her without her consent by pricking her finger and conducted tests for HIV and sexually transmitted infections.

Sylvester said the woman asked to use the toilet, but shortly afterwards Williams barged in with her dogs, an American pitbull terrier and a boerbul.

“[The woman] said [Williams] didn’t allow her to pull her pants up and she told her: 'You will see now. I will let these dogs bite off your p***,'” said Sylvester.

Williams then allegedly beat her with a knobkierie, but the dogs refused to bite the woman and ran into the yard.

The nurse then ordered the woman to sit on a bench in the backyard and brought a plastic bag full of dog faeces, which she forced her to eat. After she had eaten “a fair amount”, according to Sylvester, Williams told her she was HIV-negative but had an STD and needed to visit a clinic for treatment.

The woman’s ordeal was still not over, however. Williams took her back to Jonkers’ residence flanked by her dogs and equipped with the bag of faeces, said Sylvester.

After collecting Jonkers, they went to the residence of a third accused, Princess Gobie, where Williams allegedly started interrogating Jonkers based on allegations made by the woman that she was another of “Jubee’s” lovers.

According to Sylvester, Williams started strangling Jonkers with a dog chain while she questioned the woman about the allegations. A physical fight ensued. When it stopped, Williams threw more dog faeces on the ground, telling the woman to get on her knees and eat it.

After doing so, the woman apologised to Gobie and offered to give her compensation of R200, said Sylvester. The woman then went home to bathe and rinse her mouth.

“She felt violated. The faeces made her feel sick. The next day she started bleeding as though she were on her period. This lasted for two or three days,” said the policeman.

The state opposed bail for Williams but agreed on bail of R1,000 each for Jonkers and Gobie.

Williams’s lawyer argued that the investigating officer was opposing bail for Williams only because of the media attention the case had received. Sylvester denied this but admitted that in previous assault cases he did not oppose bail.

According to the lawyer, suspected murderers and rapists were regularly released on bail but his client had received exceptional treatment because of the media frenzy.

He said Williams had been given notice by Tygerberg Hospital. She was the only breadwinner and her boyfriend was allegedly a member of the 28s gang. Her mother was taking care of her nine-year-old son.

The case was postponed until Monday.