Former president Jacob Zuma was the one who proposed the formation of the Gupta-owned The New Age and ANN7 to the influential family.

This was revealed by Zuma in his testimony before the state capture commission on Monday where he detailed the relationship he had with the Guptas.

Zuma told the commission that he first met with the Guptas when they were coming back from meeting former president Thabo Mbeki.

He said the relationship between him and the family grew stronger as they were comrades who had also worked with the late former president Nelson Mandela.

But nothing was corrupt about the relationship he had with the Gutpas, he said.

“I have never done anything with them unlawful. They just remained friends.

Zuma said as he got to know the Guptas better he then proposed the formation of a new newspaper as there was no alternative voice in the media sector.

“I said to them, 'can you try a media business? You are comrades, we need an alternative voice…Is it possible that you can establish a newspaper?' They had never thought of the idea. They came back and said they have decided to start a newspaper,” he said.

Zuma said he alerted then secretary-general of the ANC Gwede Mantashe about the idea. He also informed his deputy Jessie Duarte. The two embraced the idea, Zuma said.

“They [the Guptas] said give us a name. I gave them struggle newspaper [name] and they loved New Age. They established The New Age. They were very excited about it.”

After seeing the success of The New Age, Zuma said, he then proposed the establishment of a television station.

“I said to them, 'this is successful what about a TV channel?' …they agreed it is a good idea and moved with it. I thought it was a good thing. There was no law broken there…Indeed, the ANN7 brought fresh ideas,” he said. 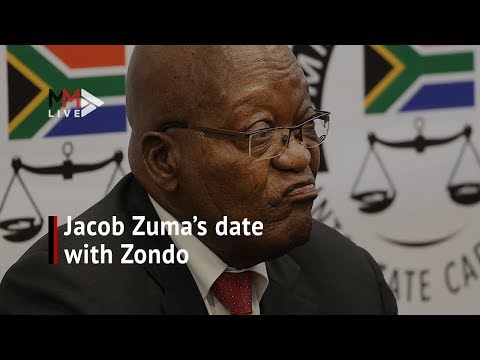