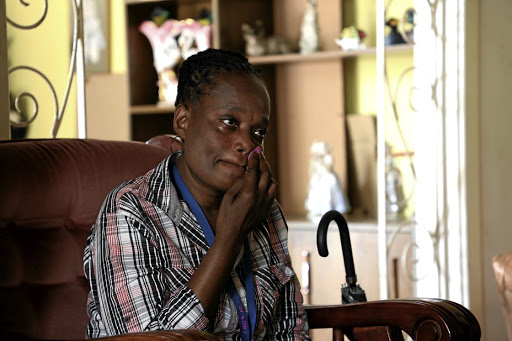 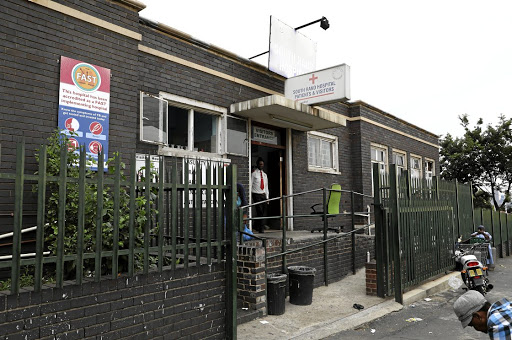 Staff at South Rand Hospital, south of Johannesburg, are being investigated over two cases of alleged ill-treatment and neglect of patients.

This after a nurse allegedly burnt a stroke patient with hot bath water while a four-month pregnant woman is said to have been made to wait four hours for help and ended up miscarrying her baby.

Yesterday, Thomas Yika told Sowetan his sister Sarah, 55, who was admitted at the hospital after suffering a stroke that paralysed her from the waist down, ended up with burnt thighs from hot water.

"My sister did not feel anything because of her condition but started noticing the skin on her thighs was changing colour and peeling off," Yika said. The incident took place on October 16.

Yika, who laid a complaint with the hospital, said the nurse was giving his sister a bath in the tub when she left the hot water tap running.

Pictures, which Sowetan has seen, show Sarah badly burnt on both her thighs.

In another horror story, just two weeks later, a four-months pregnant woman has claimed she was made to wait four hours for help because she apparently owed the hospital R70 from a previous visit.

Palesa Mathaila, 29, ended up miscarrying her baby on the day after experiencing complications.

Palesa's mother Annah Mathaila, 51, told Sowetan that staff at the hospital abused them when they asked for urgent help for her daughter.

She alleged a clerk went as far as telling her she didn't care even if her daughter died.

Mathaila from Rosettenville, south of Johannesburg, said she was still shocked by the treatment she received from staff at the hospital.

She said she can't accept that her daughter was allegedly neglected until she miscarried inside the hospital just because she could not afford to pay the R70.

"When I found her shaking, lying on the bed I called a meter taxi to take her to hospital.

"But when we got there a clerk told me that we had to pay R70 before they could help Palesa," Mathaila said.

She said the situation got out of hand when she told the clerk that Palesa was in extreme pain and that they did not have the money.

"She [Palesa] couldn't even speak at that time," she said.

Mathaila said another clerk and a cleaner also joined in abusing her. "She [the clerk] threw a file at me," she said.

"The department must investigate that hospital. I'm so angry."

Family friend Ntombi Lubambo, who was also at the hospital with Palesa, said she intervened when she heard the argument between Mathaila and the staff members.

"I told them Palesa's condition was bad and it was unnecessary to argue over R70. The clerk said 'I don't care even if she dies'," Lubambo said.

She said a doctor also told them to leave because they were disturbing other patients.

Sowetan contacted Palesa who is currently visiting relatives in Limpopo. She said the incident left her traumatised.

"When we got to the hospital I was in too much pain. I could hear the woman telling my mother that she doesn't care even if I died. It's hard for me to talk about this. It brings tears to my eyes," Palesa said.

She said she was looking forward to having a second child. "The loss of my baby has left me shattered."

Secretary for the SA National Civic Organisation in the area, Yolisa Besana, said they had met with management after receiving a number of complaints about the hospital.

Spokesperson at the provincial health department Lesemang Matuka said both cases were being investigated after complaints were laid.

"Whenever we receive complaints we conduct thorough investigations and redress is done," Matuka said.