Square-jawed hero of 'Toy Story' in his own adventure, local Netflix movie 'Collision' now streaming, we preview a new film with young Gru and the minions, and there are prizes to be won 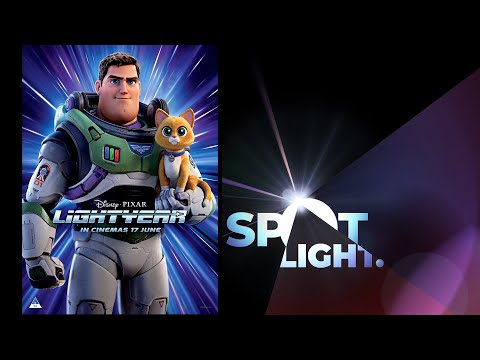 This week’s Spotlight episode looks at what’s new on the big screen — the latest Pixar cinema animation, Lightyear, on from June 16 at cinemas, in IMAX and in 3D. Embarking on an intergalactic adventure, beloved Toy Story character Buzz Lightyear faces challenges in space, but he also has a few personal battles to overcome. He learns that his quest for perfection and his duties as a space ranger are not ultimately the definition of self-worth.

Director Angus MacLane, who is best known for his work as director of Toy Story and Cars, collects an all-star cast for Lightyear, including Chris Evans as Buzz, Keke Palmer, James Brolin and Taika Waititi, to name a few. Spotlight was out and about this week at the Disney/Pixar red carpet pre-screening.

Netflix is streaming Collision, a local thriller which follows the course of one fateful day involving a multi-car pile-up, an army veteran and a socialite’s daughter trapped in the trunk of a notorious gangster’s car. The life-altering consequences of these incidents deals with themes of corruption, xenophobia, racism and much more. Award-winning Fabien Martorell directs the cast of Vuyo Dabula, Langley Krikwood, Mpho Seben and others. Don’t miss Collette’s interviews with the cast on @Spotlight South Africa.

Spotlight also looks ahead to everybody’s favourite yellow, and impossibly naughty, henchmen: Stuart, Bob and Kevin. Yes, these famous minions are coming to visit us in-studio, and make sure you visit our Facebook page to stand a chance to meet them. There is great excitement building towards the release of Minions: The Rise of Gru, releasing at cinemas from July 1.

Presenter Collette Prince is styled and dressed by We Are Egg. Shop online.

We Are Egg is a beautifully curated, experiential department store of local and international fashion, beauty, home, jewellery and food. More details on Instagram about Collette's look of the week here.

Win with 'Lightyear' and 'Elvis'

This week Spotlight is giving away some limited edition Lightyear movie merchandise, and you also stand a chance to win a double set of tickets to Elvis for the Ster-Kinekor Sandton premiere screening on June 22.

Winners will be drawn randomly and notified by SMS after the competition has closed.  Entrants’ personal details will not be retained for marketing purposes. Winners have to provide proof of age (ID/driver’s licence) and cover their own travel and accommodation expenses. By entering participants agree to have their names published on TimesLIVE, SowetanLIVE and Spotlight South Africa on Facebook. Employees of Arena Holdings and their family members are not eligible to enter.