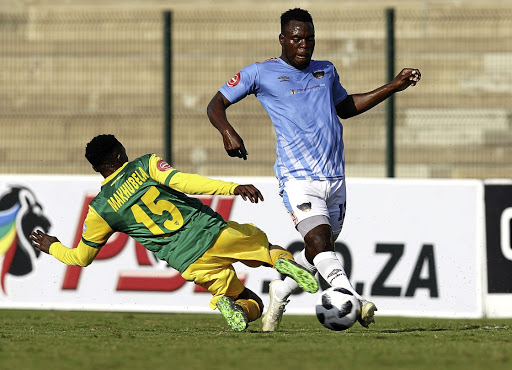 Bradley Grobler stole Samir Nurkovic's thunder with a late equaliser, but had a late penalty saved by Nigerian goalkeeper Daniel Akpeyi as Kaizer Chiefs escaped with a 1-1 draw against SuperSport United last night.

Grobler, whose 84th minute goal was well-taken, earned the spot-kick when his pass bounced off Lorenzo Gordinho's hand.

Despite the protests, it was a correct call, but the erratic Akpeyi did well to save.

With how the game panned out, it was two points lost for the hosts as they were the better side.

In what could only be termed as a statement of fitness intent, Chiefs regular goalkeeper Itumeleng Khune saluted the crowd before sitting on the bench.

This at best, was a clear indication that in the near future, he may be seen on the field.

In what was Chiefs' first game at the FNB Stadium this season, they asked all the early questions.

Through Nurkovic, they drew first blood in the 14th minute after the Serbian latched onto a George Maluleka fine pass.

Khama Billiat not only starting the game but played like someone who doesn't have persistent transfer rumours swirling around him.