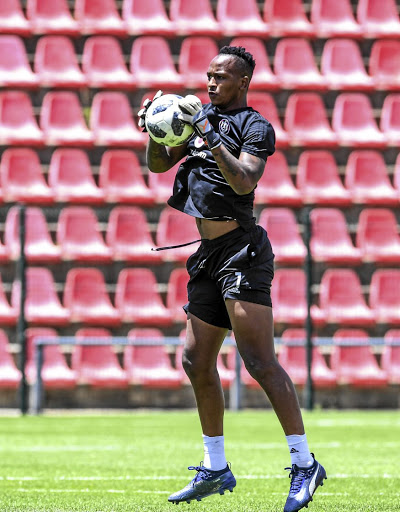 Khuzwayo was forced into early retirement last week as a result of an ankle injury.

The 29-year-old shot stopper hung up his gloves after spending a year at Bucs without having played an official match.

During his playing days, Mhlongo went through a serious knee injury and was advised by Pirates to retire in 2009.

"He should go after his dream. He must find out what he wants to do and go for it. As long as he is still breathing, then he has a lot to live for," Mhlongo said.

"An injury like that can happen to anyone. It's about do you accept it or are you in denial? People are not the same. I don't know how strong he is."

The 38-year-old says his desire and determination to play professional football again drove him back.

"Success comes with willpower. If he wants to, I think he could come back, he could. It's up to you as a person how you deal with it and how bad you want it."

His words lend credence to the fact that Khuzwayo could make a comeback.

Veteran defender Morgan Gould has a history with serious injuries.

Gould missed the 2010 Fifa World Cup as a result of an ankle injury. A few years later a problem with his achilles heel cut short his stay at Kaizer Chiefs.

He is still going strong, however, having recently joined top-flight rookies Stellenbosch FC.