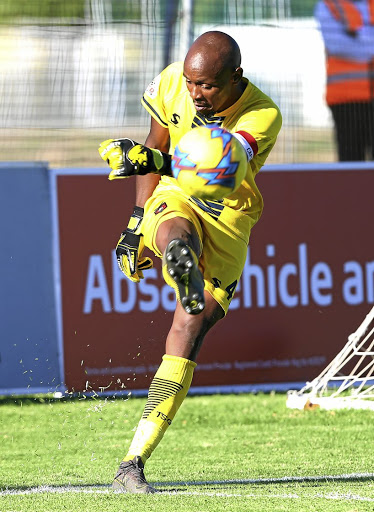 Apart from the money second tier's new sponsors GladAfrica will be injecting, the broadcasting of 30 games live on television is what TS Galaxy skipper Ludwe Mpakumpaku is ecstatic about.

The National First Division (NFD) will now be known as GladAfrica Championship.

This comes after the engineering company signed a five-year deal with the Premier Soccer League (PSL) to be the NFD's primary backers. "For now we guarantee 30 televised games, beyond that there might be other games televised going into the future. Five years is a long time," said PSL chairman Irvin Khoza about the deal with GladAfrica in Kempton Park this week.

Having been plying his trade in the NFD for nearly eight years now, Mpakumpaku, 26, feels the television blackout of lower league matches over the years has robbed the country of the showcasing of great talent.

"I have been in the NFD for many years and it was painful to play games knowing they were not on television. This blackout hindered our development and being spotted as NFD players," he said.

He has turned out for teams like Blackburn Rovers, FC Cape Town, and Cape Town All Stars, among others.

"This league has produced great players over the years but no one saw them because we didn't have television exposure. As a country, we lost out on a number of players who could have made it into the national teams."

The Galaxy goalkeeper continued: "More than the money they are bringing, I'm excited about the games being on TV because the mileage we will be getting is very important."

Instead of merely playing for ascendence to the elite league, NFD teams now stand to swell their bank accounts with a whopping R3m in prize money for the league champions.

Previously, the NFD champions were getting a paltry R300,000. The last time NFD had a sponsor was from 2004 to 2007, with businessman and ANC politician Tokyo Sexwale's Mvelaphanda as the sponsors.