Kasi boy Mntambo out to prove a point 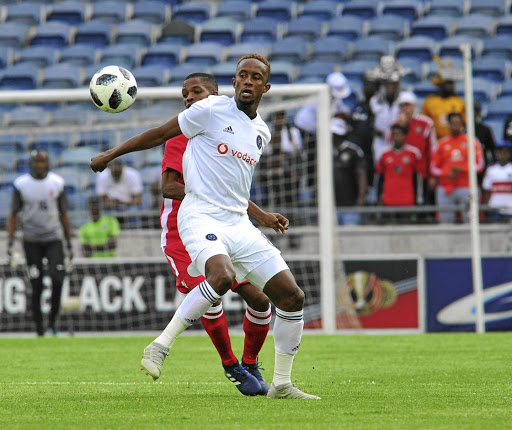 Linda Mntambo of Orlando Pirates is gearing up to make the upcoming season one to remember as he wants to improve on last term's showing.
Image: Sydney Mahlangu / BackpagePix

Staying near the home of Orlando Pirates, Orlando Stadium, has put midfielder Linda Mntambo under more pressure to shine.

Mntambo is constantly bombarded with questions about the happenings at Pirates as die-hard Buccaneers fans don't have to look far for answers.

"I hold such a huge responsibility because I stay a few metres away from the Orlando Stadium. If I don't play, people come knocking at my door, asking why they don't see me in action," Mntambo said.

"After I've not had a good game, I still have to answer questions from the people in the community. This motivates me to work harder, to make the Orlando community proud."

Having joined Pirates from Chippa United as a highly regarded midfielder at the start of the past season, Mntambo has not really lived up to expectations.

The 30-year-old Sowetan made only 10 league appearances last season, and has one goal to his credit.

"This season is my chance to show what I am made of. I know I have signed a three-year contract with Orlando Pirates, but that does not mean I must wait for a another season to make a mark. I have to deliver," asserted Mntambo.

"If I don't do well this season, chances are there'll still be rumours again [about him leaving Pirates]. It's a make-or-break season for me. I have to give my all, on and off the field."

The former Jomo Cosmos gem was rumoured to be on his way back to ChippaUnited in the forthcoming season, but Pirates decided to retain him.

"Those were just rumours that I was on my way out, but they got me thinking. I had to speak to the chairman [Irvin Khoza] and the coaches to ask what's happening," Mntambo explained.

"They have given me an assurance that there is no such [thing]. They insisted that I'll be with the team this season.

"I'm hoping to get as much game time as possible."