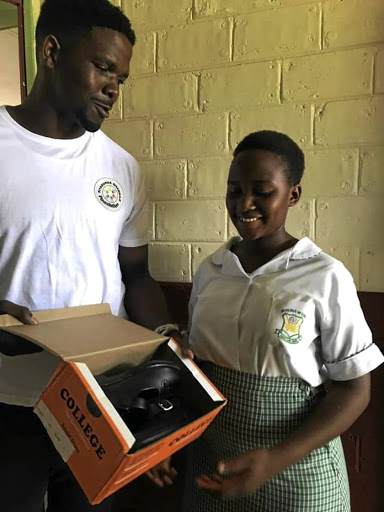 Amid a career upturn, many footballers get big-headed and forget what and who made them stars. But AmaZulu goalkeeper Siyabonga Mbatha has not allowed fame to get the better of him.

The lad from Umlazi in Durban is always willing to lend a helping hand in his community and the surrounding areas, thanks to the values his late paternal grandmother, Qhamukile, instilled in him.

Mbatha, 30, established a charitable foundation last year and named it after his grandmother.

"The name of the foundation is the Siyabonga Qhamukile Foundation. We donate school shoes and uniforms to various schools around Durban. We also hand out food parcels at different old-age homes," Mbatha explained.

"Our first official handover was during last year's Mandela Day [July 18]. We have Bata, a school shoe manufacturing company, as our main donor."

The AmaZulu goalie shed some light on why he decided to name the foundation after his grandmother, who died in 2011.

"Ugogo wuyena ongikhulisile [my grandmother brought me up]. Because my parents were working, so I spent all my childhood with her. She was kind. She believed that when someone visits our home he or she must get something to eat," Mbatha reflected.

"She was simply generous. Her open-handed character planted the seed of humility in me. All the good things I do are because of ugogo uQhamukile. I am honouring her."

The Usuthu shot-stopper has big plans for his foundation, aiming to help people beyond the KZN borders.

"Our next drive is on July 23. We are donating to four schools in Richards Bay. In the next few years we want to go to other provinces and do the same. We won't rest when there's still children going to school barefeet," said Mbatha.

Goal poacher gives back to community.
Sport
2 years ago
Next Article