Women's race a display of unity 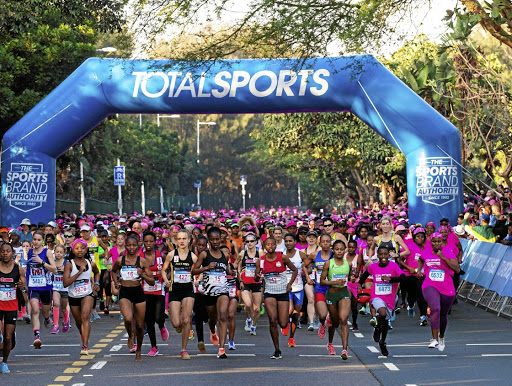 The Women's Race on August 9 draws runners from all walks of life.
Image: Rogan Ward

The Totalsports Women's Race that draws runners from all walks of life from all over the country takes place on Friday, August 9, across three major cities.

Runners and walkers will race in Johannesburg, Cape Town and Durban over 10km and 5km, competing for a combined prize money of R123, 600 this year.

The annual Women's Day celebration encourages athletes to take part united in support of PinkDrive, the breast cancer awareness campaign, under the message that women are #StrongerTogether.

For the first time since the event's inception in 2001, it will be hosted on one day across three major cities.

"For the first time since the event's inception three cities will unite on one day, donning the colour pink in support of PinkDrive.

"Prize money will be allocated to the top eight finishers in the open category with the winner taking home R10,000."

She explains: "We are proud to announce that the top eight runners in the junior category will also be awarded for their efforts.

- This article first appeared in totalsportswomensrace.com