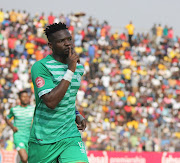 Financially distressed Bloemfontein Celtic have found salvation from an unlikely source as the club battles to remain afloat.

Fellow Premiership club Orlando Pirates have indirectly come to the rescue of Phunya Sele Sele with the purchase of a number of their players.

While local clubs have traditionally not disclosed transfer fees, it is without a doubt that Celtic collected millions for the three rising stars.

Mabasa, Sam and Dlamini were the biggest and most prized assets at Celtic and were wanted by a number of clubs.

Towering defender Alfred Ndengane was also sold to Pirates in an unusual deal back in October. Due to his high wages that were putting a strain on the budget, Ndengane left Celtic to join Bucs outside of the transfer window.

Since the transfers, talks of a possible sale have subsided. Club owner Max Tshabalala refused to comment on the current financial position of the club.

"I don't speak with the media. The right person to talk with is Khumbulani [Konco, the CE ]," he said.

Konco said the management would soldier on despite the challenging conditions.

"Look, we can't be cry-babies and keep on complaining about the situation we find ourselves in. We have to get on with the business at hand," he said.

This is not the only season where the Sea Robbers have raided the Free State club and boosted their coffers. Back in 2017, the clubs struck a deal for the services of influential midfielder Musa Nyatama.

Legendary former Celtic striker Fees Moloi remains concerned about the club as it continues to sell its best players.

"It is difficult times for football in the Free State and nobody knows what the future holds," Moloi said.

"I don't know what the future of Celtic looks like when they are selling their best players. How will the team compete if their best is gone?"