Is there more to Joshua's defeat than meets the eye? 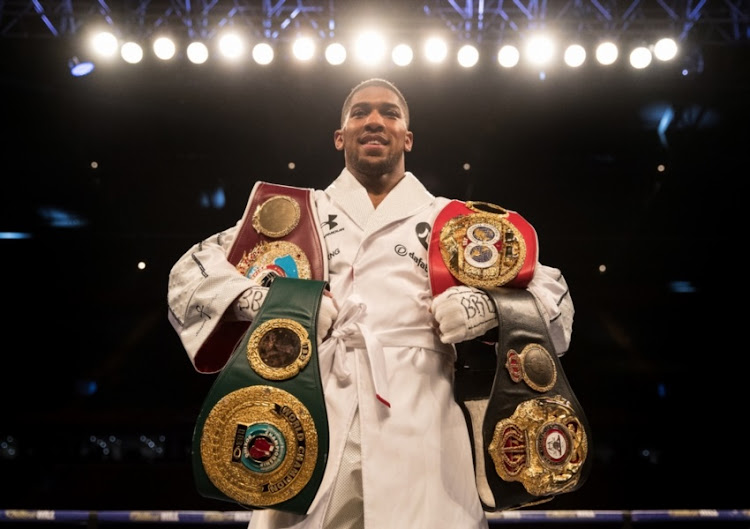 Lots has been said after the shocking seventh-round knockout of Anthony Joshua by Andy Ruiz Jr recently.

My colleague, Ngwako Malatji, suspects there might be something more seedy beyond boxing.

The truth is that boxing is controlled by gamblers. Historically, the Italian Mafia had control over the heavyweight belt.

They lost control over it in 1964 when 22-year-old Muhammad Ali dethroned the fearsome Sonny Liston over seven rounds. Liston was controlled by the Mafia.

The main mobster behind Liston was Frankie Carbo, a feared hitman and member of the Lucchese crime family headed by Gaetano "Three Finger Brown" Lucchese.

After spending two decades as a murder machine for the mob, Carbo began fixing on a gentler racket: boxing.

While the boxing world was inhabited by nothing but tough guys trained in the use of violence, they were no match for a menace like Carbo. Once he began managing fighters and fixing fights, the world of boxing was never the same. It was captured.

Fighters, managers and promoters were threatened, and beaten if they refused to play ball with the Mob. Read all about this in Boxing Hall of Shame.

So, Malatji could be spot on. It is known that the rematch between newly crowned IBF, WBA Super, WBO and IBO heavyweight American champion Ruiz and the dethroned British champion, Joshua, will be massive in terms of betting.

Ruiz came on as a late replacement for drug cheat Jarrell Miller and earned $5m (R74m) which can be trebled in a rematch.

But, I personally think that Joshua's preparations were not up to scratch and also that the Briton had become complacent and believed he was invincible.

Just think of the WBA heavyweight championship between Ali and Leon Spinks in Las Vegas on February 15 1978.

Spinks was a decorated amateur who had captured bronze at the World Championships in 1974, silver at the Pan-Am Games in 1975 and gold as a light heavyweight at Montreal Olympics in 1976. Spinks was bringing a 6-0-1 (5 KO) professional record into that fight.

Ali is said to have trained half-heartedly. Spinks, with the gold-encrusted opportunity of a lifetime, went through hell on earth to ready himself for 15 rounds.

He had never been beyond 10 rounds, whereas Ali had gone 15 rounds 10 times before. Ali's camp was banking on this stat.

Spinks won that fight. But Ali claimed a one-sided unanimous points decision in their rematch.

I was disturbed by Lennox Lewis's comments. "I say you can't go to university with your third-grade teacher. They won't have the answers you need at that level. You need a professor by then." He was referring to trainer Rob McCracken, who has been with Joshua from the amateurs.

Why didn't ill-prepared Lewis axe trainer Emmanuel Steward when he was embarrassed by Hasim Rahman with a fifth-round knockout in Brakpan on April 22 in 2001?

Instead Lewis wasted no time; set up a serious camp and he almost killed Rahman in their rematch seven months later with a brutal fourth-round KO.

It's not fair that every time a boxer loses, fingers get pointed at a trainer but when they win all credit goes the boxer.

There is still time though to teach Joshua the finer details of the sweet science because any boxer with five percent skills and resilience - just like Ruiz - will moer him.