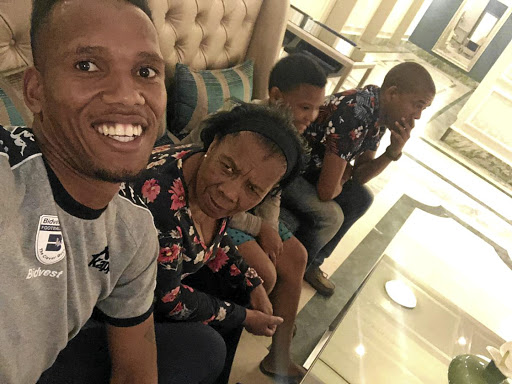 Generally, growing up without your father, especially as a boy child, isn't a seamless experience.

But Bidvest Wits goalkeeper Ricardo Goss is a special case, thanks to the presence of his assertive mother Faith, who made sure he didn't feel the agony of being "fatherless".

"I never met my father. I don't know him because he never showed up.

"But that father void in my family never existed because my mother is a very strong woman," said Goss.

"Yeah ... obviously having one parent meant that we as a family of four had to support each other through anything. Luckily for me and my two elder brothers , we had a mother who could be a father as well."

The Wits shot-stopper has embraced being teased as a "mama's boy". Goss' influential parent works as a nurse at one of the hospitals in Durban.

"The bond with my mom is everything, it's based on love and comfort. People can say I am a mama's boy, I don't mind that because I am really a mama's child," noted Goss.

"Up to this day my mother is still my backbone, she's my queen in fact. If I had to grow up again, I'd still pick to just have my mother alone. She's really played a pivotal role in my whole life."

Goss hails from Chesterville in Durban. The 25-year-old keeper used to paly for Golden Arrows and KwaZulu-Natal-based National First Division side Real Kings.