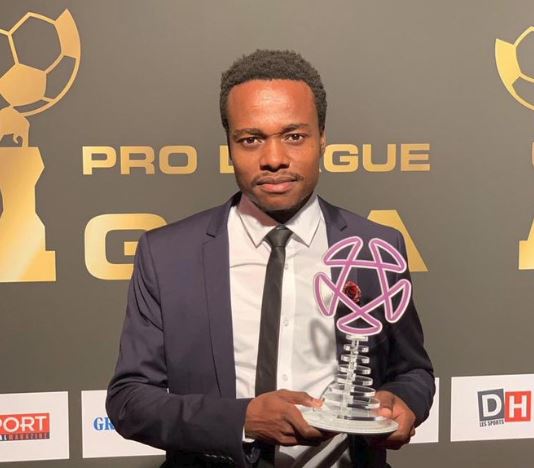 The fact that Bafana Bafana star Percy Tau plays his club football in Belgium's second tier is not something that is sitting well with SA's football community.

Even his former coach at Mamelodi Sundowns, Pitso Mosimane, said recently that Tau has no business playing for St Gilloise.

He's on loan from English Premiership side Brighton, because he couldn't get a work permit when he signed for them last year.

The 25-year-old was named the Player of the Season in the Belgian second division after managing 13 goals and 13 assists in 35 appearances for St Gilloise.

Calls for Brighton to ensure he plays in England intensified after the club's fans were heard singing Tau's name recently, even though he hasn't played for them.

Ex-Bafana Bafana captain and defender Lucas "Rhoo" Radebe has called for calm and reckons that Tau would eventually make it in the big leagues in Europe.

"It's difficult for him but then you realise that there are rules (to be followed) in getting a work permit," Radebe stated.

Percy Tau was on target again and defender Nikola Tavares came close to an English Premier League debut‚ but there were more injury concerns for ...
Sport
3 years ago

"It becomes demoralising, but again he may as well make the most of his time where he is in Belgium. I don't think he deserves that (to play in Belgium) and he deserves to play where he put his signature when he went to Europe, which is at Brighton.

"But with the work permit, you can't go around it and we have to adhere to the rules in place. I feel bad for him, but he's doing his best where he is.

"I hope he does in the end get an opportunity to play in the English Premiership," he said.

Radebe emphasised that the country should exercise patience and it's difficult to disagree with him, because after all, he had a successful long career with England's Leeds United during their days in the premiership from 1994-2005 and yet, things were not rosy for him at the beginning.

"I think he deserves better, but possibly it's an opportunity for him to gain some knowledge over there.

"It's not only about playing, but also adapting to the environment," Radebe added.