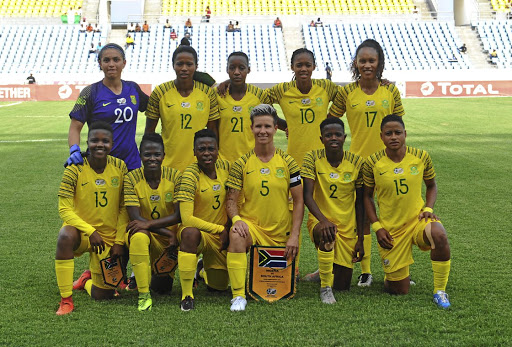 "I am not surprised that Nyandeni isn't in the squad ... actually I knew she was not going to be in the squad. It's not that she's a bad player it's because of [other] issues," Modise told Sunday World.

"I am sure there was an off- the-field issue involved. Maybe she was talking about money [after they were not paid in time for finishing runners-up in the Africa Women's Cup of Nations in Ghana late last year] because she's a senior player."

The candid Banyana all-time top goal-scorer claimed that an insider told her about Nyandeni's situation at the team's World Cup send-off ceremony in Soweto a fortnight ago.

"Someone from Banyana told me that Nyandeni had issues with the bosses and she won't go to the World Cup.

Apparently her omission was planned a long time ago," said Modise, who netted a record 101 goals in her heyday.

Banyana coach Desiree Ellis was reluctant to furnish the reason for the Nyandeni snub, who's one cap away from reaching the coveted 150 caps. She's also played in Russia.

"Our squad not only has senior international experience - in the Olympics, continentally, in the Africa Cup of Nations and Cosafa Cup - but also from junior Under-17 level too.

"It has a combine total of more than 1,000 international caps in it," said Ellis.

Banyana assemble for camp on Wednesday in Johannesburg before flying out to France the next day.

They open their campaign against Spain in Le Havre on June 8 before taking on China on June 13 in Paris.

The final group match is against Germany on June 17 in Montpellier.