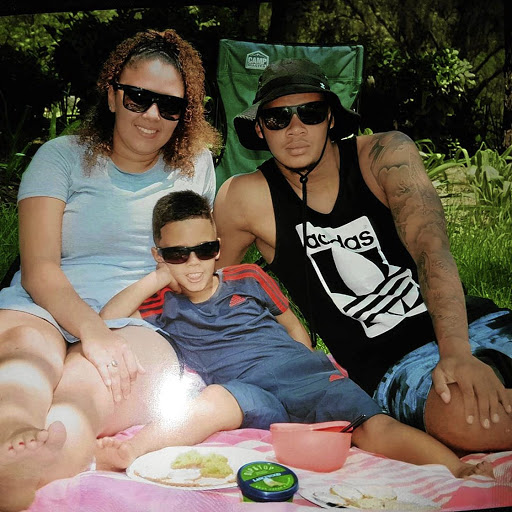 SuperSport United keeper Ronwen Williams with the most important people in his life, girlfriend Roshni and son Mikael.

Ronwen Williams admits that fatherhood was the turning point that took him from being a loose cannon to a dedicated family man.

The SuperSport United and Bafana Bafana shot-stopper became a father seven years ago at the age of 20.

The birth of his son Mikael turned his life on its head, but in a good way. As with many young turks, Williams had everything going for him all those years ago yet his life didn't have a clear direction.

"You can imagine, I started playing professionally while I was still a teenager, so all the money and popularity can go to your head.

"But thankfully I had a son and it changed my life. I became a better human being and being a dad gave me that huge responsibility that made me have to re-evaluate my focus," Williams said.

His son is the apple of his eye while his lady Roshni is the backbone of his young family.

The Port Elizabeth-born keeper credits his "First Lady" as being his confidant who keeps him in check.

"I have known my girlfriend since I was very young, so she knows me from when I had nothing," he reflected.

"We started dating seven years ago but we were friends for the longest time before that. As a footballer you tend to attract many women but I am glad that I have someone who knew me from the start and understands me."

The 27-year-old also credits his elder ex and current teammates at Matsatsantsa-a-Pitori, such as Thabo September, Clayton Daniels and Morgan Gould, as the people who made him a good footballer and a better man.

"I was fortunate to find some senior players at the club who took me under their wing and taught me many things about life and football," he said.