Khune not giving up on Afcon dream 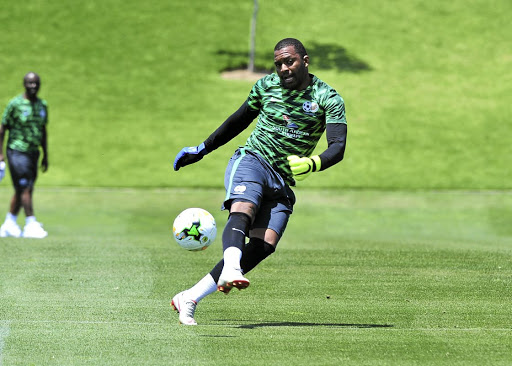 Itumeleng Khune who has been on the sidelines for his club Kaizer Chiefs after a shoulder injury cut short his season, is said to be hopeful he'll make the Afcon cut.
Image: Samuel Shivambu / BackpagePix

Kaizer Chiefs goalkeeper Itumeleng Khune is said to be fancying his chances of making it into the Bafana Bafana squad going to the Africa Cup of Nations, starting in Egypt from June 21 to July 19.

This is despite Chiefs coach Ernst Middendorp squashing any hopes of him featuring this season. While he insisted Khune's chances of going to Egypt was in Bafana coach, Stuart Baxter's hands, the Amakhosi mentor this week revealed that Khune hadn't started training that involves a ball, hence it was "unserious" to expect him to be ready to be in the national squad for Afcon.

But a source close to Khune told Sunday World that Mzansi's Finest, as the Glamour Boys keeper is affectionately known in football circles, was positive and believes he will recover in time to make the cut.

"He has a strong belief that he'll go to Afcon. His shoulder injury is getting better and in the next two weeks he'll be training with the rest of the team," said the source.

Even if Khune returns to training in the next few weeks, it's worth highlighting that it will still take a while for him to regain full fitness. However, he could also be banking on his vast experience that will see him getting the nod after all.

Baxter, again, faces another slight keeper conundrum as Bidvest Wits' Darren Keet was left out in the cold by his coach Gavin Hunt after refusing to renew his contract.

Keet, who's regarded as automatic second choice behind Khune, played the last Afcon qualifier away to Libya in March and produced a magical performance to ensure SA clinch their berth in the 24-team finals.

Keet is unlikely to feature for the title-chasing Students as the season wraps up amid the ongoing contractual stand-off between him and the club. Protégé keeper Ricardo Goss has been starting between the posts in the past few games.

Amakhosi keeper Khune and Bafana keeper coach Andre Arendse could both not be reached for comment.