One hurdle for Tete before historic final 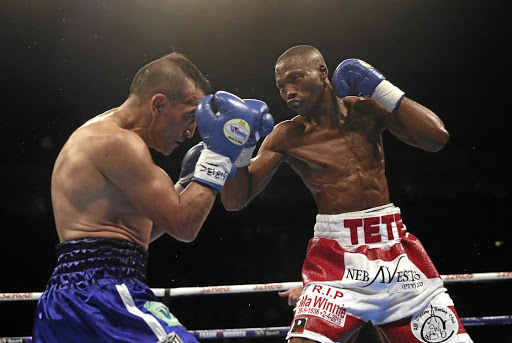 Tete, 31, meets 36-year-old Donaire in the first semifinal in the US next Sunday morning (SA time) while WBA holder Naoya Inoue and IBF champ Emmanuel Rodriguez will face off on May 18.

Winners will meet in the four unification bouts and the ultimate victor will be crowned the undisputed bantamweight world titleholder, an achievement which brings with it the Muhammad Ali belt, the WBC Diamond strap and hopefully a place in the Guinness Book of Records.

Financial remunerations should not even be discussed. It is obvious. Tete will have flamboyant American trainer Floyd Mayweather Sr in his corner, while 78-year-old well-known super trainer Kenny Adams will be shouting instructions in the corner for Donaire. Tete has previously held the IBF junior bantamweight belt while Donaire is a former multiple four-weight world champion.

Tete is a special breed, a lightning fast and furious puncher, who will be carrying millions of South Africans' hopes as they wish him well during his country's Freedom Day celebrations on April 27.

Manager satisfied with US training sessions.
Sport
3 years ago

Donaire was born in the Philippines but is based in the US. His achievements are well-documented in his home country.

Tete, on the other hand, is from Mdantsane, in East London, and is the defending SA boxer of the year for 2017, an award he received from Boxing SA in February last year.

He lives a good life in a suburb back home and has just been presented a top-of-the-range Mercedes Benz, making him taste the fruits of his hard work and dedication, which is preached by an unapologetic and super-rich Floyd Mayweather Jr. Mayweather was Forbes Magazine's highest-paid athlete in the world a few years back.

Tete is trained by Mayweather's father in Las Vegas in Junior's Gym, a money-making establishment, which accommodates those who can afford it. That should motivate Tete to rather die fighting than die poor when he is blessed with the requirements he possesses to become a true SA legend.

Tete was trained back home by Loyiso Mtya and Phumzile Matyhila, who would be at the fight, we are told, if their visas are sorted out timeously.