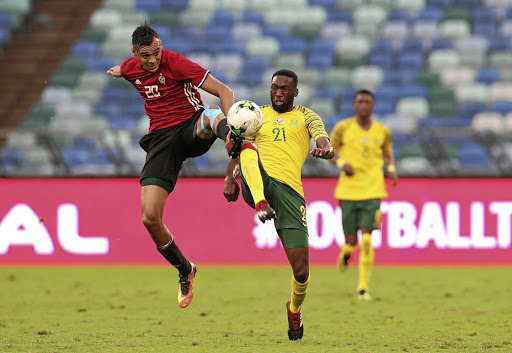 Bafana Bafana and Wits centre-back Buhle Mkhwanazi is as tough as nails.

Bafana Bafana's ever-changing squad suggests not many players are guaranteed a place for the 2019 Africa Cup of Nations (Afcon) tournament to be hosted by Egypt.

The SA senior national team is in Group D alongside Morocco, Ivory Coast and Namibia.

Bafana will play all their group matches at Al Salam Stadium in the capital, Cairo. They face the Ivorians on June 24 in their first match, before tackling Namibia four days later, on June 28.

They then play their last match of the group on July 1 against Morocco.

Coach Stuart Baxter said Bafana's preparations for the tournament will now start and a big part of that is to put together a team that can make up for lost time after they failed to qualify for the 2017 edition.

But who's going to be in Baxter's squad for Afcon?

The goalkeeping department may not be difficult to put together, especially if Bafana's number one Itumeleng Khune of Kaizer Chiefs has fully recovered from the shoulder injury that has sidelined him for months.

He's most certainly going to be joined by Darren Keet and Ronwen Williams of Bidvest Wits and SuperSport United respectively.

Because of injuries, Baxter has been forced into making changes all the time, including in defence.

The two constant figures in the defensive line have been captain Thulani Hlatshwayo and Buhle Mkhwanazi, who both play for Wits.

In the first match of the 2019 qualifiers against Nigeria in Uyo, which Bafana won 2-0, Hlatshwayo partnered Kaizer Chiefs centre-back Mulomowandau Mathoho.

But since then, Mathoho has struggled with injury and Hlatshwayo and Mkhwanazi went on to play five matches together. 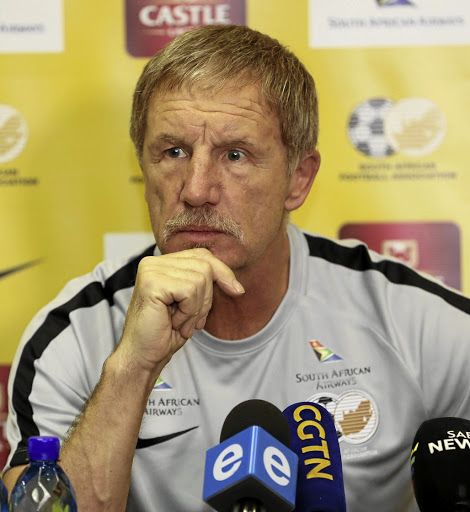 In the left-back area, their club teammate Sifiso Hlanti appears to have cemented his place, with Innocent Maela of Orlando Pirates also in the picture.

The right-back position will certainly be up for grabs with constant changes there over the course of the qualifiers. The likes of Ramahlwe Mphahlele (Chiefs) and Thamsanqa Mkhize (Cape Town City) have featured.

In midfield, Baxter may have a bit of a hard time in terms of who to pick or leave out of the squad. Themba Zwane (Mamelodi Sundowns), Kamohelo Mokotjo (Brentford, England), Dean Furman (SuperSport United), Bongani Zungu (Amiens, France) and Keagan Dolly (Montpellier, France) are some of Baxter's favourites.

Even though Zungu and Dolly were out injured for months, they were recalled for the last match against Libya, which Bafana won 2-1 in Tunisia recently. The duo didn't feature, but one thing is clear, Baxter hasn't forgotten about them.

But the trick is that Sundowns' defensive midfield pair of Hlompho Kekana and Tiyani Mabunda have benefited a lot from playing CAF Champions League football over the past few years and have also been in the reckoning with regards to Bafana, so snubbing them would be some injustice.

And Thulani Serero, who plays for Vitesse in the Netherlands, has also made a return to the squad in recent games.

Serero had been out in the cold after he rejected a call-up because he wasn't given assurances that he would play against Senegal in the Fifa 2018 World Cup qualifiers.

The midfielder didn't play much in Afcon qualifiers - starting just one match in the
1-1 draw against Nigeria last year and would have to convince Baxter he's worthy of a place in the team.

Upfront, Belgium-based Percy Tau, who's turning out for Saint Gilloise, is assured of a place alongside Lebo Mothiba of French Ligue 1 side, Strasbourg.

Baxter would then have to consider the likes of Lebohang Maboe (Sundowns), Dino Ndlovu (Zhejiang Greentown, China), Lars Veldwijk (Sparta Rotterdam, Netherlands) among his attacking options.

One thing that's clear is that there are lots of places up for grabs in the squad.