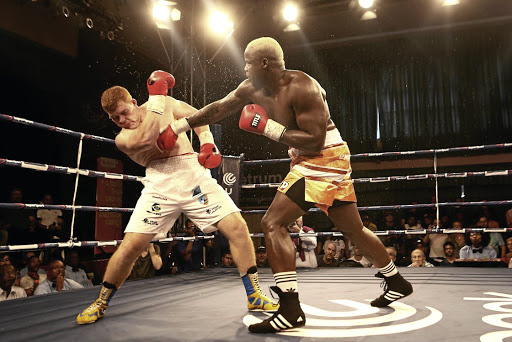 Siliga has been assured a crack at the SA heavyweight belt that is held by Ruann "Giant King" Visser.

The champion has already been notified by Boxing South Africa of his mandatory defence against Siliga.

But judging by Siliga's physical appearance in the eight- rounder he won on points against the tough-as-nails Joshua "Red Beast" Pretorius last weekend, Visser may deny Siliga the opportunity to become the first boxer from little-known Magau village in Ha-Sinthumule, Venda, to win a boxing championship belt.

Siliga, a blown-up junior- heavyweight, was robotic and heavy at 109kg.

His condition has always been like that of someone carved from stone.

If it was not for the fact that it was Pretorius's first fight above four rounds, Siliga would have been beaten and forfeited his rights to challenge Visser.

Nonito Donaire vows to be at his best for Zolani Tete

Siliga, who is trained in Joburg by Alan Toweel Junior, agreed that his physical appearance was not the greatest.

"For the past two months I have been battling with the weight, trying to drop it," he said.

"I was hoping to come 3kg lighter from 109kg. I know that once I do that I will be explosive. By the time I fight Ruann, I would have achieved my goal."

He said he did not see the two blows that dropped him.

"They made me work harder," said Siliga, who can be mistaken for James "Buster" Douglass.

Douglass was responsible for one of the most iconic moments in the history of boxing when he knocked Mike Tyson clean out in the 10th round of their IBF, WBA and WBC heavyweight championship fight in Tokyo on February 11 1990.

Tyson was on top of the world.

The undisputed world champion had demolished everyone in his path on his way to world domination.