Sinethemba Jantjie celebrated as a player with true talent 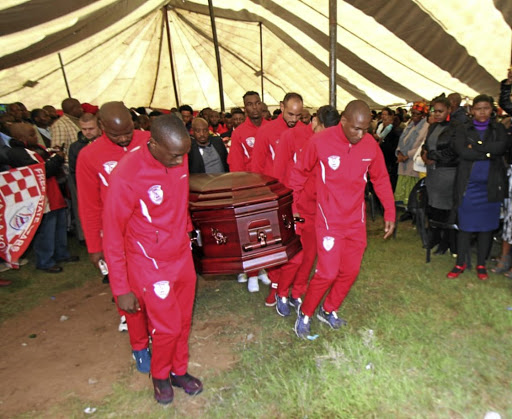 Free State Stars players carry Sinethemba Jantjie's coffin at his funeral which was held at his home.

Free State Stars players have vowed to play their remaining games in honour of the late Sinethemba Jantjie.

Ea Lla Koto skipper Paulus Masehe was speaking at Jantjie's funeral in Oxton village in Whittlesea, Eastern Cape, yesterday when he made the vow.

He said Jantjie was one of the players who had real natural talent. "His personality was amazing and everyone loved him," he said, adding that he was a vibrant person who was full of jokes.

Jantjie died in a car crash in Bethlehem in the Free State on April 1.

He made his debut in the 2016/17 season for the Bethlehem-based side after joining from Mbombela United in the National First Division (NFD).

Joyce Mokoena, the mother of Stars general manager Rantsi Mokoena, said whenever Stars played, Jantjie would be the 12th player, supporting the team from heaven.

"The spirit of Jantjie is with the team and we will avoid relegation," she said.

Stars are 13th on the log and their game against Highlands Park this weekend was postponed to allow them to attend the funeral.

Rantsi Mokoena said Stars fans from all over Free State and players attended the funeral, which was held at his home.

"I would like to apologise for my father Mike Mokoena who is not here because of [poor] health," he said.

He read out messages from The SA Football Association in the Free State and other premier soccer league teams including Kaizer Chiefs, AmaZulu, Mamelodi Sundowns and Maritzburg United.

Safa's Chris Hani region president and Jantjie's former manager at Angavu Stars in the ABC Motsepe League, Sandile Mata, said the goals that Jantjie scored in his last games were a way of saying goodbye to his fellow players and his team.

"While playing for Angavu Stars, he was influential in the team that won the ABC Motsepe League in 2013/14. He was spotted by Mbombela United when we played the national play-offs in Durban the same year," he said. 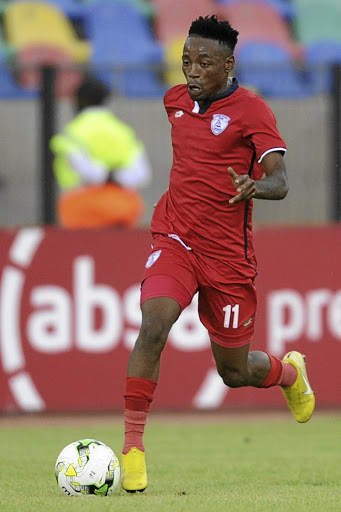 "You must organise your MultiChoice Diski Challenge team to play with our selected team in honour of this great player," he said.

Jantjie's cousin Vuyokazi Jikijela said in a touching speech that the family was in pain over the loss. She said they were all proud that their family had produced a celebrity for South Africans.

His teammate from Masiphumelele Football Club in Cape Town, Sakhi Booi, said Jantjie not only represented the Eastern Cape but the Western Cape as well.

He said black players are overlooked by PSL teams in Cape Town and only manage to get exposure from out of town.

Eastern Cape MPL Nonkosi Mvana honoured Jantjie for representing his village. "He has put this province on the map," he said.

"Coming from the rural village of Oxton and growing up without his parents who died early in his life, Jantjie managed to turn that around and become a soccer star," he said.